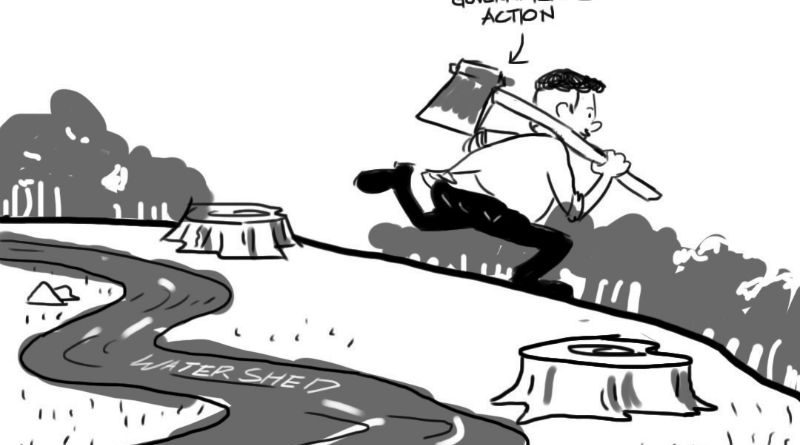 Sometime in the late 1970s, the Ministry of Human Settlements bankrolled the construction of the Baguio Convention Center in the heart of the city to serve as venue for the world championship much between chess wizards Anatoly Karpov and Victor Korchnoi. This event helped in the worldwide promotion of Baguio City as a premier tourist destination with its unique temperate climate and scenic tourist spots.

Through the years, the Baguio Convention Center served as a venue for numerous local, regional, national and international conferences and other events drawing hundreds of thousands of foreign and domestic visitors. Through the past three decades though, the structure and facilities of the Center have deteriorated to an extent that its needs overall rehabilitation. However, the question that currently bugs the planned repair is where to source the required multi-million funding for the said purpose.

In 2004, through the combined efforts of former Mayor Bernardo M. Vergara and then Congress Representative and now Mayor Mauricio G. Domogan, the Baguio City government started moves to purchase the premier convention center by working out a tripartite agreement between the State-run Government Service Insurance System (GSIS), which owns the said property, the Bases Conversion and Development Authority (BCDA), where the supposed funds for the purchase will be sourced out, and the Baguio City government as the buyer. Under the said tripartite agreement, GSIS will cede the Center to the local government with the latter paying the owner using funds from the city’s accumulated share of the lease rentals from the 247-hectare John Hay Special Economic Zone (JHSEZ). Initially, BCDA paid GSIS the agreed down payment of P50 million for the purchase of the said facility. The succeeding payments will come in several tranches until the completion of the agreed purchase price of P250 million has been completed. However, the previous administrations of the local government failed to pursue the said deal, thus, the arrears accumulated until it reached a total of P316 million.

When Mayor Domogan was elected as the local chief executive in 2010, he prioritized the finalization of the purchase of the Baguio Convention Center for the local government to have its own convention facility. In 2012, the local government fully paid the required balance of a total of P266 million from its available funds. Thus, the total purchase cost of the Center ballooned to P316 million instead of the original agreed amount of P250 million because of the accumulated penalties and surcharges imposed for its failure to comply with its obligations under the original agreement.

In 2014, the local government introduced minor rehabilitation works on the facility, particularly the upgrading of its comfort rooms, the bleachers, the carpet and part of its roofing. Unfortunately, the improvements due to its non-stop use, the minor improvements have now been damaged.

Lately, the local government embarked on a design contest aimed at inviting design enthusiasts to offer their vision and the desired state of a rehabilitated convention center with minimal cost to the city. However, some insensitive, close-minded, and uncreative members of the City Council who refuse to think out of the box do not want this citizen participation. May we remind our legislators that the public works department has provided the initial funding for the proposed rehabilitation of the facility in next year’s budget in the amount of P180 million. Now, some city officials are now claiming that the earmarked funds is through the initiative of a certain official when in fact it was not.

We should remember that when some ranking DPWH officials visited the city last year, they inquired on the needs of the local government for possible inclusion in the 2018 budget of the agency. The local government in turn submitted a list of priority projects that included the amount of P200 million for the rehabilitation of the facility.

Let us also bear in mind that it is the DPWH officials that communicated to local officials that P180 million has been allocated in 2018 budget of the national government purposely for the repair and rehabilitation of the Baguio Convention Center. This allocation was made possible through the collective efforts of city officials and not through individual politicians. As early as now, some politicians are already preparing for re-election. We are not going to be fooled some credit-grabbing city officials, especially with regard to the funds being providedby the national government to the city.

We citizens should continue empowering ourselves by being critical of claims like this that reeks of politicking. Credit-grabbing is indicative of a poor type of leadership which we do not need. Let us learn to give credit where credit is due and not to grab the individual and collective efforts of some private and public officers who worked for the allocation of funds for the rehabilitation of the Baguio Convention Center. Let us work collectively for the rehabilitation of the Center by supporting citizen’s participation in the design of a rehabilitated Center and enticing more government agencies to infuse more funds to augment the city’s resources for the overall facelift of the facility.