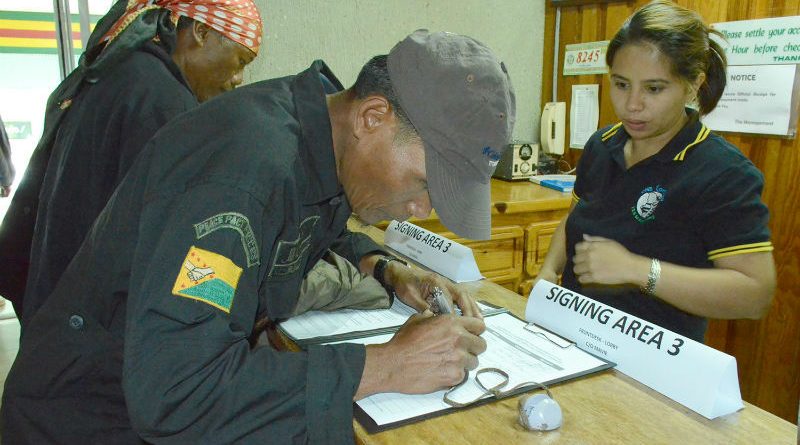 BANGUED, Abra – The Cordillera Bodong Administration (CBA) challenged the officers and members of the unified Cordillera Peoples Liberation Army to observe the highest form of discipline to prevent them from being involved in activities that will again taint the image of the group and for them to be able to restore the trust and confidence of the people to the very purpose that the armed group was established.

Engr. Andres Ngao-i, CBA president, said CPLA officers and members must refrain from being involved in partisan politics in their areas of jurisdiction, serving as private armies for certain politicians, coddling criminals and informal settlers, and for them to act with dispatch in their dealings with the people so that they will regain the trust and confidence of the people and bring back the very purpose that the armed group was formed over three decades ago.

“We already have a unified armed group and we are optimistic that the CPLA officers and members will not repeat the mistakes of the past for us to regain the trust and confidence of the Cordillerans to the very purpose that the CPLA was established. We assure our fellow Cordillerans that the CPLA now will be different from the CPLA that they knew in the past,” Ngao-i stressed.

The CBA official underscored the CBA-CPLA will remain as the government’s partner in maintaining peace and order in the region while awaiting the realization of one of the 26-point agenda of the 1986 Mount Data peace agreement – the grant of autonomy to the Cordillera by the national government.

For his part, Balao-as assured the public that the unified CPLA officers and members will exert efforts to help in erasing the negative perception of the Cordillerans of the CPLA by adhering to the highest standards of discipline and being circumspect on their actions to prevent their involvement in activities that will have a negative impact on the image of the organization.

“We urge the public to report to us those erring CPLA members so that we could impose to them the appropriate penalties for their actions. We will institute the necessary changes in the organization for us to achieve our primary objective of closely working with the government for the realization of the 26-point demand of the group in the Mount Data peace agreement, one of which is the grant of autonomy to the Cordillera,” Balao-as added.

He explained the CPLA members region-wide actually understand the reason of the armed group’s existence that is why it will not be difficult for the unified leadership to bring them together and renew their ties with the government for the realization of lasting peace in the Cordillera and for the achievement of autonomy which most of the veteran autonomy stalwarts have been fighting for several decades now.

Vice governor Balao-as appealed to the public to give the unified CPLA a chance to redeem itself as a group because what they are fighting for is for the fulfillment of the government’s grant of autonomy to the Cordillera. By HENT