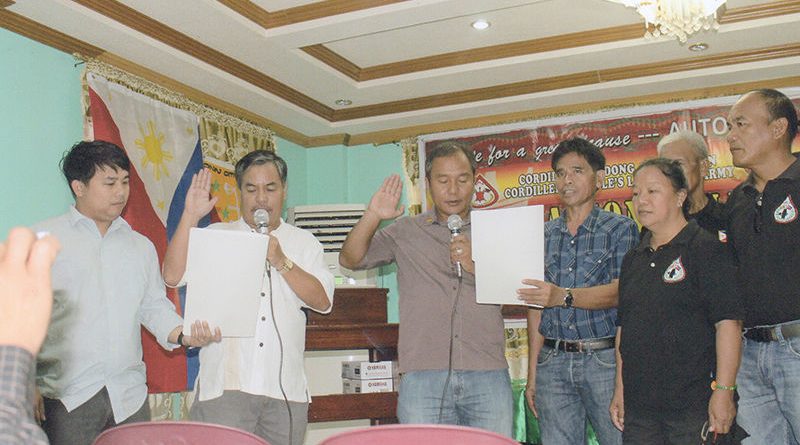 BANGUED, Abra  – The unification of the cordillera Peoples Liberation Army (CPLA) is a giant step towards the realization of the long overdue dream of Cordillerans of establishing an autonomous region that will embody the region’s permanent identity leading towards the preservation and protection of the rich culture and traditions that were handed over by tribal leaders from generations to generations, Abra Vice governor and unified CPLA chairman Ronald Balao-as said here recently.

Balao-as underscored the few internal conflicts inside the organization after the unification is just part of maturing and gaining supporters who will uphold the primary cause of the organization which is to work for the realization of the establishment of an autonomous region once the much awaited Organic Act will be enacted and to preserve and protect age-old practices geared towards uplifting the region’s permanent identity.

“We are aware of a few internal conflicts hounding our organization in a few provinces that is why we leave the decision-making to the elders and the provincial commanders. We want our officials to directly participate in resolving internal conflicts through proven customary laws and practices that is why we leave the matters to their sound discretion,” Balao-as stressed.

The Abra provincial official pointed out CPLA officials and members should start focusing on the bigger picture to enhance the image of the organization by individually and collectively working together towards the realization of autonomy to continue the legacy of those who went ahead making them proud that the younger generations have been able to contribute in realising the region that can be called our own in the future.

According to him, now is the proper time for them to show their sincerity in establishing an autonomous region by giving up their personal and political interests to help bring back the trust and confidence of the people to them as the incumbent officers and members of the organization.

Balao-as admitted there is still a lot to be done by the present leadership to improve the image of the organization from the perception of Cordillerans primarily caused by the alleged wrongdoings of its previous leaders, thus, there is a need for everyone to cooperate in the reforms that will be instituted within the group to help improve its image and gain the trust and confidence of the people as the government’s partner in peace, unification and development.

He assured that the CPLA will remain an active partner of government in realising lasting peace in the countryside, in unifying sectors of the society and implementing development projects that will lift the living condition of people in the remote villages of the region where most of its members trace their roots.

Balao-as asserted the CPLA will never be involved in questionable activities but instead will engage the people to work together for the achievements of their dreams and aspirations of being able to govern themselves, control their resources and decide on their own development thrusts through an autonomous region acceptable to the greater majority of the people regionwide.