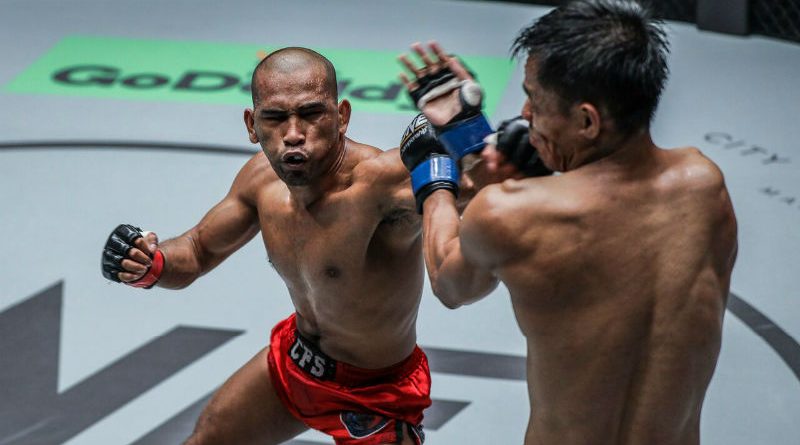 The clash between Team Lakay’s Danny Kingad and former world champion Kairat Akhmetov originally scheduled to take place in ONE: Big Bang this Friday in Singapore was postponed.

According to ONE Championship, a cornerman from Team Lakay who tested positive for COVID-19 was the reason why the fight was scrapped.

A strawweight showdown between former title contender Rene Catalan and Bokang Masunyane of South Africa  scheduled in its place.

It would be a disappointing situation for Kingad who was supposedly finally getting a shot at the man he’s called out for so long.

Kingad was fully fixated on victory and worked double time with his comrades at Team Lakay. The Filipino star had aimed for a spectacular performance, even predicting he would win by knockout in efforts to signal his readiness to challenge for the world title once more.

Meanwhile, the 41-year-old Catalan will be fighting for the first time since his six-fight winning streak was snapped by reigning champion Joshua Pacio in November, 2019.

Masunyane is undefeated in seven fights including a unanimous decision win over Ryuto Sawada of Japan last December in his ONE debut.

The veteran MMA fighter planned to springboard the strawweight standings at the expense of Masunyane, who is 15 years younger than him. “My goal is to come up and take the top ranking in the division, so expect me to fight strong,” Catalan said to ONE. “I am hungry and I will fight like it so I can reach my goal of being number one again and challenging the champion once more.”

After his frustrating loss to Pacio in November 2019, the pride of Santa Barbara, Iloilo, had been taking the setback in his stride, retaining his confidence that he still has a long way to go in his mixed martial arts career.

That might sound crazy given that Catalan will turn 42 this month but in reality, the veteran has only been getting better with age.

Prior to facing Pacio, the Catalan Fighting System founder racked up six consecutive wins in impressive fashion, the last being his first-round TKO of former divisional king Yoshitaka “Nobita” Naito.

“Honestly, I look at myself as a beginner in mixed martial arts,” said Catalan, who previously enjoyed an illustrious wushu career and dabbled in sambo with the Philippines national team.

“I started [MMA] when I was 35, so I started late, but it’s all about discipline and focus – focus on my goal of becoming a World Champion and helping my students reach their dreams.”

Meanwhile, Masunyane has been on the right path of attaining his own dreams of becoming a ONE World Champion.

The 26-year-old South African is undefeated in mixed martial arts and was brilliant in his promotional debut, scoring a unanimous decision win over Ryuto “Dragon Boy” Sawada.

The “Little Giant” showcased his world-class wrestling, explosiveness, and high-octane motor during that fight that impressed Catalan.

“We saw that his wrestling skill is really, really high. That’s why we’re on the lookout for his wrestling skills. As soon as we scouted him, we started working on how to defend his wrestling. He’s a young lion and he’s really strong, but with [a long] preparation this time, I know we can bounce back.”, he said.