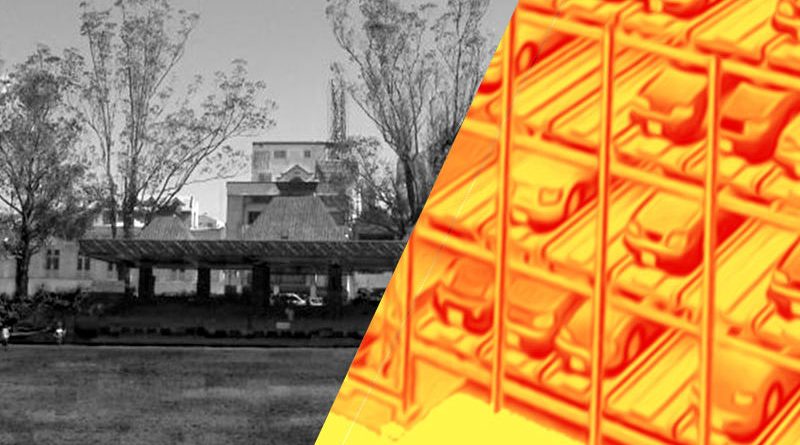 BAGUIO CITY – A member of the city’s local legislative body vouched the idea of pursuing the previous proposal from experts for the construction of a two-level underground parking within the Melvin Jones football field in lieu of the planned multi-level parking structure that will be erected on the Ganza parking area that will include the Igorot Garden and the nearby vending area.

Councilor Michael L. Lawana suggested that it is also important to consider the proposed underground parking in the Melvin Jones football field which was presented by proponents during the previous administration and had been the subject of critics who were not able to present alternatives on how to solve the city’s parking concerns.

Lawana underscored that the Melvin Jones will remain as a football field and sports area for athletes as it will be elevated to be aligned with the level of Harrison Road to pave the way for the 2-level underground parking area completed with engineering interventions so as not to have a serious negative impact to the environment and the safety of the public who will be using the said parking area.

He emphasized that underground parking has been proven to be effective in other countries like Singapore wherein the trees and plants co-existed with the underground parking facility and that the same can also be done in the city with the putting in place of the appropriate engineering interventions that are readily available.

City administrator Bonifacio dela Peña admitted that it was his company that was commissioned to conduct the required soil test in the Melvin Jones football field wherein 8 holes were bored and it was ascertained that a 2-level underground parking is feasible in the said area.

He claimed that their findings was contained in a project proposal that was submitted by proponents to former Mayor Mauricio G. Domogan wherein it was also stipulated that the supposed aquifers underneath the football field will not actually be affected.

He stated that the local government will consider the proposed underground parking in the Melvin Jones football field as a possible alternative to the proposed multilevel parking within the Ganza parking area considering the mixed reactions of the public, thus, the need for city officials to decide on whether or not to pursue the proposal by a number of proponents.

Dela Pena agreed to Lawana’s contention that there are available engineering interventions that could be put in place to lessen the impact of the proposed underground parking to the state of the city’s environment and the aesthetics of the area since the same will remain to sustain the scenic beauty within the whole of Burnham Park which is the city’s premier tourist destinations.

The local government is currently looking for solutions on the insufficient parking spaces that will cater to the parking needs of the increasing volume of motor vehicles which has been identified as one of the causes of traffic congestions around the city.