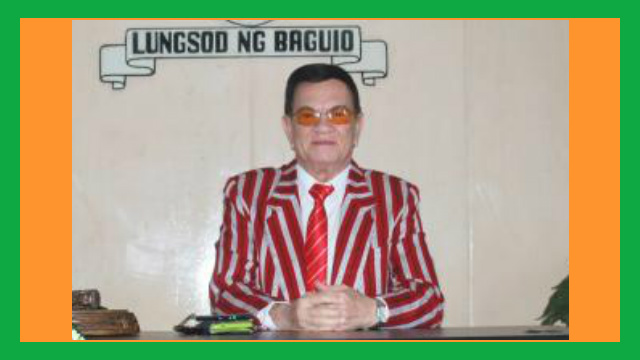 Baguio City Councilor Roberto “Bobby Ortega passed away this afternoon, July 30, 2017, due to a lingering illness in his hometown at San Fernando City, La Union. He was declared dead by the Lorma Medical Center at around 1:30PM succumbing to cancer.

Ortega, also popularly known as “Bungo” was a former councilor of Baguio City from 1995-2004 and 2010 up to present. He also a former Chief of Police of Baguio from 1985 to 1987, where he brought down the city’s crime rate by staggering levels.

Baguio City Mayor Mauricio Domogan expresses his deepest condolences to the Ortega family for the untimely demise of the well-loved public servant, who is a member of the Ortega political clan of La Union.