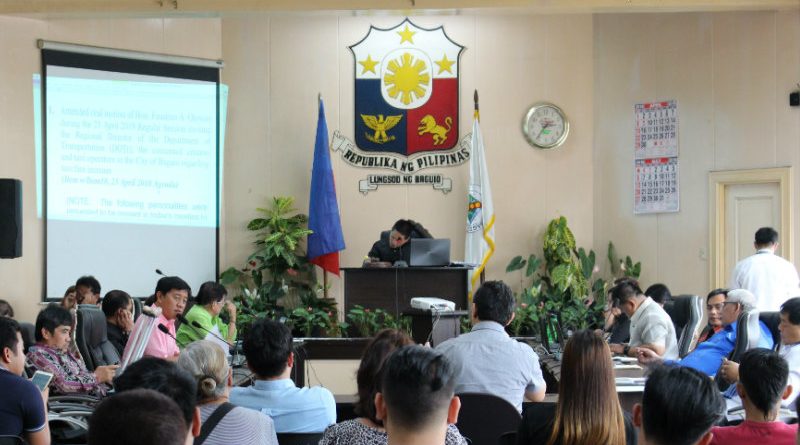 BAGUIO CITY  – The local legislative body will conduct in inquiry on the alleged massive corruption in the Registry of Deeds in the city relative to the release of titles to legitimate land owners.

Local legislators directed the appearance of Registry of Deeds head lawyer Rodil A. Rivera during the council’s regular session on Monday, May 7, 2018 to be a resource person in relation to the process being undertaken prior to the release of titles of land owners who previously applied for the issuance of titles for their properties.

Several complainants appeared before the council’s regular session and divulged the alleged questionable transactions of the concerned Registry of Deeds official who reportedly delays the issuance of titles to land owners despite having complete requirements.

Lawyer Frisco Domalsin averred that he was also a victim of the alleged irregularities in the Registry of Deeds because the titles of a subdivided property has never been released by Rivera despite having complete requirements that warrant their release to the owners.

Worst, he disclosed that Rivera does not even allow clients to personally talk to him inside his office but instead uses his staff to be the ones to transact business with clients and relays to them his instructions.

Domalsin also went to extent of allegedly offering a certain sum of money just to facilitate the immediate release of the titles of his clients over their properties but he was told by Rivera’s staff that the Registry of Deeds official belittled the amount that was offered because if the subdivided properties were to be sold, then the owners will be earning millions.

A number of residents also appeared during the council’s regular session and confirmed the alleged questionable transactions of the Registry of Deeds head, especially in the release of their titles, to the extent of allegedly demanding from them, through his staff, a minimum amount of P5,000 in exchange for the timely release of their titles.

Some local legislators confirmed the complaints because many individuals visited their offices and filed similar complaints, particularly the release of their titles.

Local legislators reminded the Registry of Deeds official to appear during the council’s upcoming regular session to shed light on the matter and his refusal to do so will constrain the city officials to make a drastic action against him.

Among the expected drastic actions of the local legislative body include the non-release of the funding assistance being extended by the local government to the said office and the possible declaration of Rivera as persona non grata in the city depending on what will be his response to the queries that will be asked from him.

Rivera failed to appear in last April 30’s council session because he was in Metro Manila representing his office in a case concerning lands in the city.

City officials remain optimistic that Rivera will heed the invitation of the local legislative body for the immediate clarification of the issues being raised by the transacting public against him and his office.