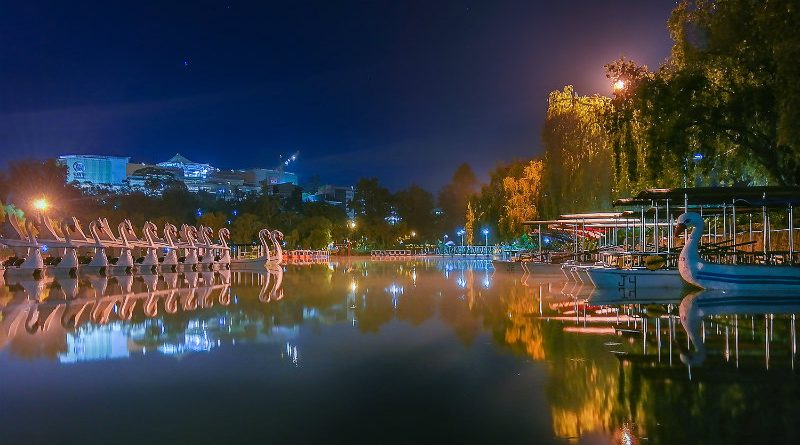 BAGUIO CITY  – The City Council approved the donation for the repair and rehabilitation of the Burnham lake fountain from two boating concessionaries and for them to restore and repair the lightning-stricken sound and public address system at no cost to the local government.

The local legislative body also expressed the local government’s gratitude to Celso Osorio and Vevian Vengcoy, owners of Swan Boat and Pontoon Boat, respectively, for the donation that contributes in improving the attractions within the city’s premier park.

In their letter dated April 10, 2017 to Mayor Mauricio G. Domogan, the donors said that the outmoded and non-functional fountain at the center of the Burnham Lake has been an eye sore within the picturesque lake.

Worst, the donors claimed its old water pipeline impedes and blocks the free mobility of the boats plying the lake.

According to them, when the lake becomes in the dry season, the old pipeline has destroys the hulls of their boats when unaware boaters hit these resulting to some boats capsizing.

Among the activities the donors will do include cutting off the problematic old pipe and secure these in the lake vicinity for appropriate auditing purposes; installation of adequate submersible motors inside the old fountain to make it functional and as a mechanism to generate the lake water to impede the growth of fungus causing the blurring of the lake water, among others.

The donors stated that it is their corporate social responsibility to sustain the attractiveness of the lake as it had been the source of their bread and butter for so many years.

Further, the donors have also verbally requested the local government that they repair the sound and public address system to further enhance the ambiance of the park.

The donors are expected to spend more than P1.1 million to implement the repair of the fountain and the sound and public address system.

The City Environment and Parks Management Office (CEPMO) recommended the confirmation of the deed of donation between the local government and the donors who promised the fountain will be ready for operation and turnover to the city in four months.

The local legislative body asserted that the donation is not a requisite for the donors to be given special treatment by the concerned departments of the city in the operation of their boating concessions, one of the major attractions within the city’s premier park located within the heart of the city.

There are some 8 boating concessionaries that operate boat rides within the Burnham park starting from 6 am up to 10 pm daily providing residents and visitors with a ride around the 2-hectare lake area.

Boating in the Burnham park is one of the attractions patronized by tourists visiting the city considering that it is done in a man-made lake right in the city’s premier park.