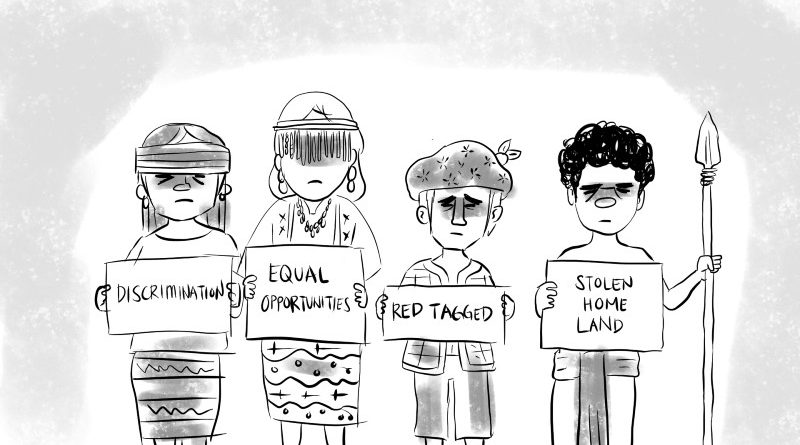 In October 1997, former President Fidel V. Ramos signed into law Republic Act (RA) 8371 or the Indigenous Peoples Rights Act (IPRA) that sought to uphold the rights and welfare of indigenous peoples (IPs) and indigenous cultural communities (ICCs) and recognized the role of IPs in nation building. Subsequently, interest groups and multinational companies questioned the constitutionality of the IPRA before the Supreme Court (SC) where such case dragged for a number of years before the law was upheld giving IPs a legal instrument to claim their rights and seek redress for violations against their collective and individual rights, especially against the State and multinational companies.

In 2009 former President Gloria Macapagal Arroyo issued Presidential Proclamation No. 1906 declaring every October as IP month giving due course for the conduct of various programs and activities geared onwards the aggressive promotion of IP rights. The celebration of the IP month is to give honor to the victory of the IPs in their legislative advocacy with the enactment of the IPRA and in celebration of the decision of the SC to uphold the constitutionality of the law giving protection for generation of IPs from potential abuses, and the promotion and fulfillment of their rights.

The enactment of the IPRA only came about through the struggle of IPs against long-time abuses of both the government and the multinational companies in the different parts of the country that have resulted to the loss of their lands, properties, and resources for large-scale development or large-scale resource exploitation in their ancestral domains. For quite some time, some IPs believed that the IPRA was the magic pill against the age-old problems that they had been experiencing due to maldevelopment laws, policies, programs and plans. The IPRA should be considered as the minimum standard for the respect, recognition, protection and promotion of IP rights. This is the 23rd year since its enactment, an adult that should already be self-determining. An assessment of IPRA implementation at this point may be necessary as it has opened the floodgates for some IPs going against their fellow IPs that virtually negated the real purpose of the good law that was enacted for the protection of their rights and for the aggressive promotion of their welfare.

The IPRA is like other progressive and liberal laws enacted purposely to uphold the rights of the IPs but the same had been circumvented by interest groups to advance their own interests over the ancestral domains that they target turning indigenous communities into low intensity conflict areas, with conflicts erupting within families, among villagers, and between neighboring villages, to name a few.

Obviously, the struggle of the IPs for the enforcement of their rights and the promotion of their welfare goes on despite the enactment of the IPRA. The National Commission on Indigenous Peoples (NCIP) is the primary implementor of the provisions of the IPRA and to formulate policies and institute measures to uphold the rights of IPs and the recognition of their right to ancestral domains. One assessment point to be considered at this time is how NCIP has exercised its mandate.

Currently, the country is celebrating IP month with the theme “Correcting Historical Injustices for the Indigenous Peoples Rights and Welfare.’ We should give credit to our ancestors who embraced armed struggles in the past to send a very clear message to the government that the IPs deserve to be respected and recognized because they have their own vested rights over their lands and territories pursuant to the native title doctrine. It is important for the present generation of IPs to educate their children and grandchildren the historical struggle that brought about the legal recognition of their rights as indigenous peoples. We owe it to our forefathers who we are and able to enjoy the practice of our existing customs and traditions and must pass these on.

Let us not be a party to the injustices being committed against our own people, in pitting us one against the other, and doing the same against the fellow IPs. Let us learn to stand as IPs united in standing against powers and interests that seek to divide, to make us pathetic people eager to accept short-term benefits to the detriment of our united stand to defend our ancestral domains, Let us not allow our lands to be invaded by multinational companies through the assistance of our fellow IPs because it will not speak well on how we value the land that is very dear to us. We must sustain and further advance the gains of the struggle of our ancestors in claiming our rights and asserting our ability to craft our self-determined development. We were able to survive the challenges of the past and we must continue to struggle correct the historical injustices and current barriers to the enjoyment of our rights through our own unity, solidarity and teamwork in working for our own common good.

12       12SharesThis post has already been read 544 times!The ongoing negotiations between the members of the city’s Public Private Partnership for