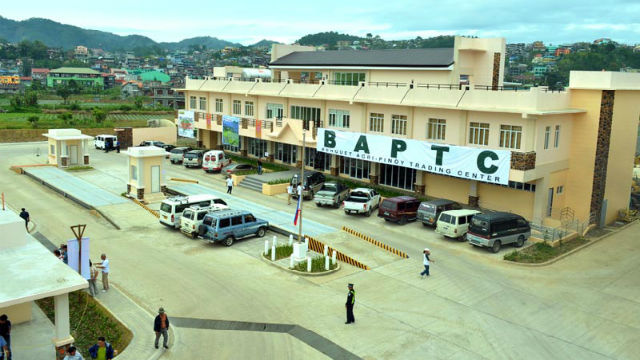 LA TRINIDAD, Benguet– The present administration of the Benguet State-run Benguet State University (BSU) is pushing for the corporatization of the operation of the multi-million Benguet Agri Pinoy Trading Center (BAPTC) to maximize its potentials in helping advance the state of the province’s lucrative agriculture industry for the benefit of the farmers and other concerned stakeholders.

BSU president Dr. Felipe S. Comila said the present operation of the province’s premier agriculture trading facility is being hindered by bureaucratic red tape which does not maximize its potential to be able to be self-sustaining.

“We believe the operation of our premier trading center has not been fully maximized, thus, it is best to operate the same via its proposed corporatization. Our agriculture industry stakeholders must maximize the benefits of the existence of this government-funded facility for them to be able to improve the marketability of the province’s vegetable produce,” Dr. Comila stressed.

Under the present set up, the BAPTC is being managed and operated by a project steering committee (PSC) composed of heads of offices from BSU, the Cordillera office of the Department of Agriculture (DA-CAR), the Benguet provincial government, the La Trinidad municipal government, Office of Benguet Caretaker Congressman and Anti-Crime and Terrorism through Community Involvement and Support (ACT-CIS) Party list Rep. Eric Go Yap, the federation of farmers associations, among other stakeholders.

However, Comila admitted the decision-making process under the present set up takes much time that contributes in impeding the speedy implementation of programs, projects, activities and interventions beneficial in improving the state of the province’s agriculture sector, thus, the need to corporatize the facility’s operation to make it efficient and effective in improving the present operation of the vegetable trading area.

According to him, with the proposed corporatization of the facility, its potentials in generating income will significantly improve to further enhance the facility’s operations beneficial to all the involved stakeholders.

The BSU official explained that part of the existing operational set up is the division of profits of the facility among the various offices represented in the steering committee, but when it comes to losses, there no agreement among the stakeholders.

Comila asserted the need to infuse the expertise of the private sector in the management and operation of the trading facility to maximize its resource generation potentials not only for BSU but also for the concerned stakeholders with the higher education institution giving approximately 5 hectares of its prime property to help advance the state of the province’s agriculture industry.

However, since the facility operated, he disclosed that the involved offices were not yet able to reap the benefits form the facility which is located at the heart of the valley. By HENT

12       12SharesThis post has already been read 377 times!The ongoing negotiations between the members of the city’s Public Private Partnership for