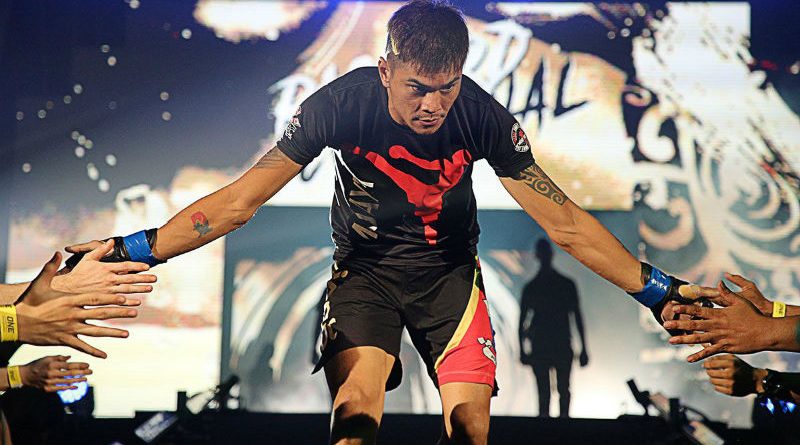 Since directing his career path to ONE Championship in 2017, it has not been easy for Filipino standout Richard Corminal as his run in the promotion has turned into a turbulent rollercoaster ride.

With every win in his professional record coming by way of knockout, Corminal has made a statement in each of his victories as for the knockout artist called “Notorious,” talking with his hands in the cage is something that comes naturally.

However, his billing somewhat lost its luster after falling short in his last two outings inside the ONE Championship cage.

In his promotional debut, Corminal yielded to Thai superstar Shannon Wiratchai by way of first-round knockout in March 2017.

A victory under the promotion’s banner remained elusive to Corminal last November when he bowed down to French veteran Arnaud Lepoint via first-round submission.

Although Corminal has suffered some hard defeats in ONE Championship, he has used them as learning tools in an effort to make himself a better martial artist.

Corminal has opened his eyes and acknowledged the different areas of his game that needs to be strengthened.

“I am focusing more on my defense,” he explained. “I trust my striking game, but I think there is a lot to improve on my ground defense.”

Following two-straight setbacks on the grandest martial arts stage, the 36-year-old Filipino lightweight sets his sights on a colossal goal at ONE: IRON WILL as he plans to place himself back on the winning track by spoiling the highly-anticipated professional debut of Brazilian Jiu-Jitsu legend Garry Tonon.

Corminal squares off with Tonon on the undercard of ONE: IRON WILL, which takes place at the Impact Arena in Bangkok, Thailand on Saturday, 24 March.

“Garry Tonon is a legend in Brazilian Jiu-Jitsu and considered one of the best in submission grappling. I know what he is capable of doing on the mat,” he said of Tonon.

Hailing from New Jersey in the United States, Tonon began wrestling in primary school, competing as an amateur before being introduced to Brazilian Jiu-Jitsu at the age of 14.

Under the tutelage of coach Tom deBlass and the legendary Ricardo Almeida, Tonon would go on to win multiple IBJJF No-Gi world championships in different belts.

In September 2013, Tonon’s hard work on the mat finally paid off as deBlass and Almeida awarded him a black belt in Brazilian Jiu-Jitsu.

Tonon made his first appearance inside the ONE Championship cage when he took on Japanese legend Shinya “Tobikan Judan” Aoki in the promotion’s first-ever Grappling Super-Match in May 2017.

Even though he has a tough opposition in front of him at ONE: IRON WILL, Corminal is motivated to give his American opponent a rude awakening.

“I like challenges. It makes me excited. I will do my best. I’ve worked hard just to make it here in ONE Championship. I won’t waste this opportunity,” he guaranteed.

Corminal is confident that if Tonon takes him lightly in his mixed martial arts debut, it would be a catastrophic mistake.

“His confidence might be high for someone who is going to compete his first mixed martial arts bout because he is a legend in his own discipline. I hope he trained very well for this. If not, it’s going to be a hard night for him,” he warned.

“One thing is for sure, I will never back down from a challenge. Whether it’s big or small, I will show up to face the challenge,” Corminal added.

According to Corminal, a decisive win over Tonon will prove that he has the talent and ability to compete on the global stage.

“I treat every match in ONE Championship as a blessing. I know deep in my heart that I belong here, but the world sees it differently. My desire is to get the win and flourish as a martial artist in this organization,” he concluded.