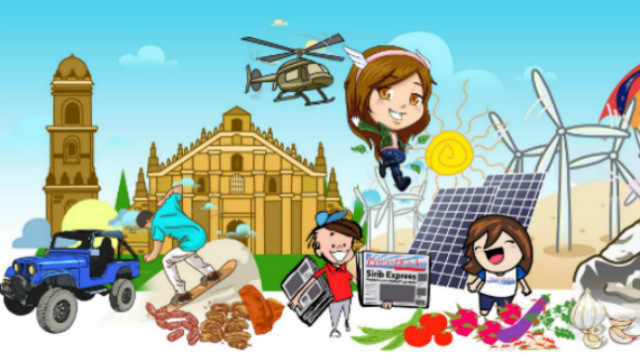 BONTOC, Mountain Province  – Ilocos Norte Gov. Imee Marcos urged Cordillerans to visit the different tourist spots of her province in the future because of the presence of scenic destinations worthy of visiting.

Marcos, who visited the province as one of the guests during the province’s celebration of the 14th Lang-ay festival last Saturday, said that there are also indigenous peoples (IP) who live in Ilocos Norte and of the 23 towns, there are at least 11 towns that are inhabited by IPs, thus, Cordillerans who want to visit Ilocos Norte will not have a difficult time dealing with the people.

“I am impressed on the pristine beauty of Mountain Province that was preserved and protected by the people who value the importance of the good state of environment,” Gov. Marcos stressed.

Ms. Marcos had a reunion with her fellow second generation leaders in the person of Senator Joseph Victor ejercito, who was also in the province as one of the premier guests, and Gov. Bonifacio C. Lacwasan, Jr.

Former President Ferdinand E. Marcos, father of Gov. Imee, was instrumental in the creation of Mountain Province as an independent province on March 25, 1967 and administered the oath of office of Bonifacio Lacwasan, SR, who as appointed as the province’s deputy governor on April 7, 1967, while Senator Ejercito is the son of former President Joseph Estrada, who is a close ally of the former Philippine strongman.

Gov. Marcos is also pushing for the increase in the volume of highland vegetables being sold in Ilocos Norte through local traders while there should also be a significant volume of lowland vegetables that should be sold in the cordillera to further improve the closer relationships between the people of the highlands and the lowlands.

She described her interaction with her second generation counterparts as fulfilling because they were able to establish the needed linkage that will translate to better ties between Ilocos Norte and the different parts of the Cordillera in the future.

According to her, Ilocos Norte will always remain as a solid partner of the Cordillera provinces in advancing their socio-economic growth and development which illustrates the value of the Solid North that was enhanced by his father in the past.

Marcos arrived in the province through a helicopter and enjoyed interacting with the people who welcomed her with various cultural dances before she left shortly after lunch.

Gov. Lacwasan expressed his gratitude to Senator Ejercito and Gov. Marcos for spending part of their valuable time in joining the people of Mountain Province in the celebration of its 51st founding anniversary and 14th Lang-ay festival, saying that their presence served as an inspiration for the people to strive for what should be the best for the province in the future.

Lacwasan also thanked the two leaders for sharing their views on how to sustain the province’s rich culture and traditions that should be passed on to the present and future generations of Cordillerans.