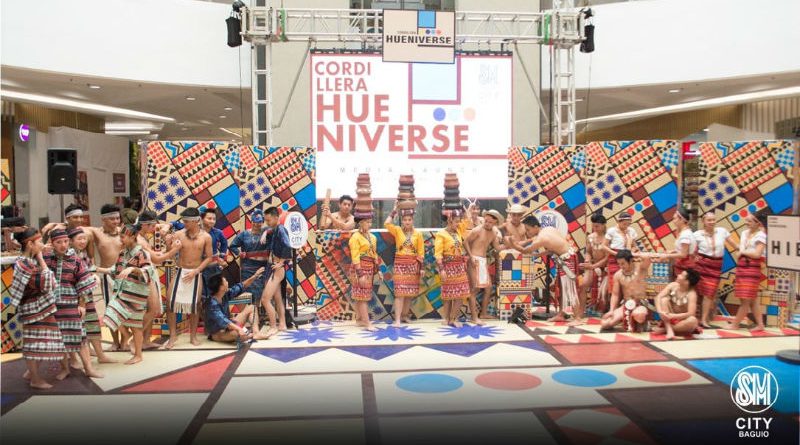 SM City Baguio has just concluded the Cordillera Hueniverse event last September 22nd. This activity is an immersive and interactive art exhibit which has been participated by the mallgoers and visitors together with the artists in creating their own art pieces.

This art exhibit is not only to showcase the art works from the different provinces of the Cordillera but also to encourage the mallgoers to join in the art making processes. This is a way to enlighten the visitors about the history and culture of Cordillera.

The Grand Launch was held at the mall atrium last September 17 with the presence of our local artists; Harvic Dominguez, Eden Cawang, Tam-awan Village artists, and the Baguio Collective Youth Artists together with the SM City Baguio officials and employees.

The exhibit had three booths showcasing some of the art works done by our fellow Cordillerans. In the Tinta booth, artists from the Baguio Collective Youth Group used henna dye tattoo with different beautiful designs that varied in sizes inspired by the famous Tattoo artist Whang-od from Kalinga. They offered the tattoo for free to the mallgoers as a way of sharing their God- given talent.

Along with the booth, artists of Tam-awan Village showcased their expertise in weaving using a backstrap loom. A tradition several years ago, and is still being practiced today in the Cordillera region.

The Habi booth, represented the Abra province. Artists from the Baguio Collective Youth Group gave away hand-woven baskets made from bamboo to the mallgoers who participated in the handicraft making with whatever designs they wanted. The participants, children to adults gathered around and took the time to join on the creative art workshop.

SM City Baguio is thankful to all the artists and visitors who joined in the Cordillera Hueniverse art exhibit for their support and participation. This is SM City Baguio’s little way of advocating the preservation of the Cordillera art and culture.

This post has already been read 3714 times!QUEZON, Nueva Vizcaya – Embattled indigenous peoples in this remote town are now