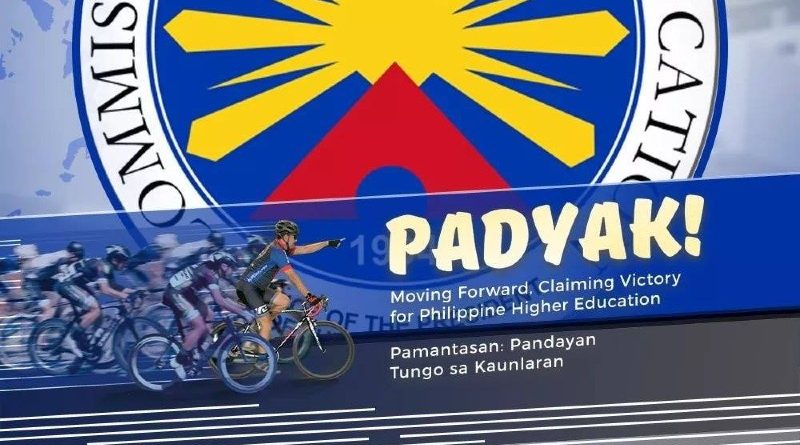 The National Economic and Development Authority (NEDA) joined the Commission on Higher Education (CHED-CAR), along with the state universities and colleges (SUCs), private higher education institutions (HEIs), and some regional line agencies (RLAs) in the Cordillera Administrative Region (CAR) in the ribbon cutting and opening ceremony of the Cordillera Gems Exhibit held last June 7, 2021 at La Trinidad. This is part of the celebration of the 27th Founding Anniversary of CHED with the theme “Padyak! Moving Forward, Claiming Victory for Philippine Higher Education (Pamantasan: Pandayan Tungo sa Kaunlaran).”

Called the Adopt-A-Wall program, CHED-CAR partnered with HEIs to design a wall in the regional office and explain their inspiration for their creations on the wall in relation to preservation of the Cordilleran culture.  All CAR SUCs and three major private HEIs were present, namely, the University of Baguio, University of the Cordilleras, and the Saint Louis University.

The event contributes to one of the goals of the updated Cordillera Regional Development Plan 2017-2022 on cultural integrity, specifically on Chapter 7 on Promoting Philippine and Cordillera Culture and Values.  The event primarily aims to promote cultural awareness and cultural sensitivity in governance and development efforts, among others.

Meanwhile, to further enhance the creative culture of the region, Department of Science and Technology (DOST-CAR) regional director Nancy A. Bantog informed the participants that the Regional Research, Development and Innovation Committee (RRDIC), a support committee of the Regional Development Council (RDC), has initiated the preparation of the Cordillera Weaving Industry Development Plan (CWIDP) for 2020-2028, which the RDC subsequently adopted early this year by virtue of RDC ExCom Resolution No. 2.  The plan is a blueprint to strengthen the weaving industry through collaborative efforts between and among the public and private sectors. This includes supporting Baguio City as a creative city, the only local government unit in CAR that the UNESCO has recognized.

According to her, the RDC, through the NEDA Secretariat, found the CWIDP relevant and collaborative with government efforts to better capacitate weavers in production, technology, innovation, and market linkages.  It is also expected to promote environmentally quality and sustainable use of its resources; increase resiliency of individuals and communities; and, preserve the unique culture and heritage of the region’s indigenous peoples and indigenous cultural communities.

The CHED-CAR chairs the subcommittee on Education and Manpower Development of the Regional Social Development Committee (RSDC), one of the six sectoral committees under the RDC.   Serving as secretariat of the RSDC are the Department of Social Welfare and Development (DSWD)-CAR and NEDA-CAR. By Bob Lyndon B. Daroya