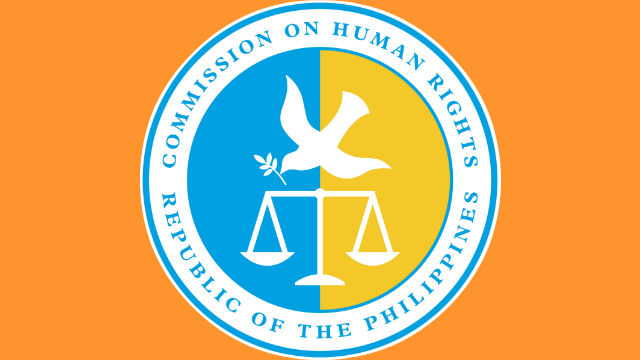 BAGUIO CITY – The Benguet Electric Cooperative (BENECO) recently charged regional police authorities for alleged human rights violation by using excessive police force to serve a mere preventive suspension order against some of its officers in the cover of darkness in violation of the human rights of the concerned officials and employees of the electric cooperative.

The filing of the aforesaid complaint against Police Brig. Gen. Ronald Oliver Lee, regional director of the Police Regional Office (PRO) in the Cordillera, was in relation to the forcible takeover of the BENECO main headquarters by the more than 50 heavily armed policemen who aided officials of the National Electrification Administration (NEA) to enter the facility in the wee hours of October 18, 2021.

In his 6-page affidavit complaint filed before the Cordillera office of the Commission on Human Rights (CHR-CAR), BENECO general manager Engr. Melchor S. Licoben stated that while nobody was physically hurt during the said controversial incident, the trauma and fear that the forced takeover has caused him and other employees, including their families will stay with them for the rest of their lives.

“I was worried and afraid for the safety of the employees who were under my control and supervision. I saw on their faces the fear and mental anguish they were going through,” Licoben stressed.

He admitted that the forced takeover of the BENECO main headquarters along South Drive caused him fear, anxiety and sleepless nights and for 2 days, October 18-19, 2021, he was denied the right to enter his office and perform his work as general manager pursuant to the appointment that was made by the Board of Directors as enshrined in Resolution No. 2020-90 dated April 21, 2020.

Further, Licoben claimed that his wife and children feared for his life when they saw on video the fully armed policemen enter the BENECO main headquarters.

The BENECO official pointed that the basis of the forced takeover is questionable since the raid was based on NEA-BOA Resolution No. 2021-106 which directed the Project Supervisor to enforce the suspension of concerned officers which is not a judicial order nor a writ of execution; the forced takeover was done in the wee hours of the morning with the intent of taking over the BENECO headquarters to allow NEA-appointed general manager lawyer Ana Marie Rafael to appropriate the same as her office to his detriment as the functioning general manager instead of availing the legal remedies; the policemen under Lee displayed obvious bias against him and the employees where they willingly abated an illegal act perpetrated by NEA Supervisor lawyer Omar Mayor and Rafael; the forced takeover was an illegal accommodation by NEA of a letter wrote by Rafael to NEA Administrator Emmanuel Juaneza to impose some measure so that she could be installed in the said office even to the extent of bodily forcing him and the directors out of the headquarters; the use of police force in the simple matter of serving a suspension order issued by NEA violates the PNP operational procedures and the unnecessary use of policemen in full battle gear is chilling and uncalled for because BENECO is a mere utility provider which is secured by only a handful of security guards.

According to him, the October 18, 2021 forced takeover by Mayo and the policemen under Gen. Lee was a display of brute force which has no place in a mere utility provider like BENECO and that the open display of arms and show of force is intended for no other purpose than to intimidate the BENECO employees, especially him into capitulating to the whims of Mayo and Rafael.

Moreover, he argued that the PRO-COR knowingly allowed itself as a tool of oppression despite the absence of a final order from the courts.

He asserted that the forced takeover instilled fear among the employees who decided not to report for work from October 18-19, 2021 where he himself did not report for work for fear that he will be bodily ejected or thrown out of the building since the lawmen under the command of Gen. Lee were ordered see to it that he and the 7 directors should be stopped from performing their functions due to a previous suspension order issued by the NEA-BOA.

Fearing for their safety due to the commando-style raid by the marked and unidentified policemen, Licoben and the employees decided not to report work on October 19, 2021.

Licoben noted that Gen. Lee allegedly approved the deployment of the policemen at the BENECO office to help the embattled NEA Project Supervisor forcibly takeover the BENECO main headquarters where the policemen who did not have name tags forcibly opened the main entrance of the building and asked the linemen present and the security guards to stand down.

Worst, the policemen allegedly helped the supervisor enforce the latter’s order that no one should be allowed to enter the building without his approval and that they were also seen carting away closed circuit television recorders from the office of the management information and communication services which is an act of theft committed by police officers themselves.

Mayo, Rafael and the PRO-COR leadership have yet to issue their official statements regarding this complaint as of press time. By HENT

This post has already been read 2641 times!The city identified some twelve priority investment areas that are expected to contribute in efforts