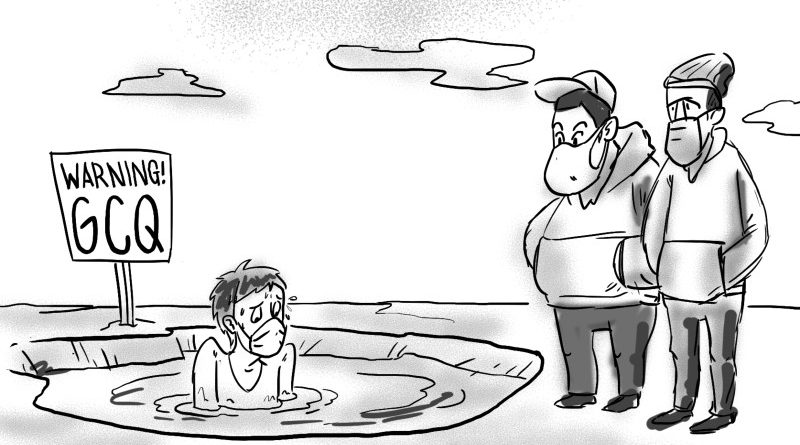 Among the areas placed under MECQ are the Cordillera provinces of Apayao, Benguet and Ifugao while the remaining provinces, such as Abra, Baguio City, Ifugao and Kalinga, remain under GCQ up to the end of the month. Also included under MECQ were Cagayan, Santiago City in Isabela and other parts of Visayas and Mindanao.

Many local officials raised observations on the alleged parameters of the inter-agency task force in the placement of areas under different levels of community quarantine.  There are areas adjacent to each other but have different community quarantine status and this now causing confusion among the residents of the said places on how to comply with the guidelines governing the quarantine status of their place.

Under existing rules and regulations, local governments placed under MECQ must implement stricter border controls and the movement of people, as well as the opening of food and other similarly situated establishments. In fact, food establishments are required to serve food for take out purposes only although the same was relaxed in a recent ruling to accommodate only 10 percent of the capacity of the establishment. On the other hand, places under GCQ can accommodate up to 50 percent of the capacity of their establishments aside from the more lenient movement of people inside and outside their areas of jurisdiction.

In the case of Baguio City and the neighboring towns of La Trinidad, Itogon, Sablan, Tuba and Tublay which are under the jurisdiction of Benguet, the community quarantine status of the said areas are different.  Baguio City is under GCQ and crossing over to Benguet will place one  under MECQ protocols. The tendency now, according to some reliable sources, is that people in the MECQ areas flock to the GCQ areas, especially when the places are near each other.  This obviously defeats the purpose of the government to contain the spread of the virus. Worst, this practice may produce surges in the cases in both MECQ and GCQ areas that will surely compromise the local health care system and stress the frontliners, the very reason the government does not want to happen to avoid the situation to go out of control.

We certainly believe that placing provinces and cities that are very close to each other in different community quarantine status will not actually work in favor of the government’s effort to contain the spread of the deadly virus.  It might actually be detrimental because movement of people will naturally be toward the less strict areas. In future issuances, we suggest that adjacent areas should have similar community quarantine status so that the imposition of the border control protocols and restrictions on the movement of people could be effectively and efficiently imposed. If the aim is to contain the spread of the virus, studies have shown that the more people move around, the greater the chance for the spread of the virus. This is aggravated by the presence of some variants of concern in the Cordillera. Let us also remember that Baguio City is surrounded by the various towns of Benguet and the imposition of contradicting border control protocols and restrictions on the movement of the people will surely affect the overall efforts to allow the economy to recover. The unharmonised community quarantine status sends a wrong message to the people thus we see many violators of the minimum public health standards and the restrictions on the movement of the people, especially that there is a strong clamor to provide adequate livelihoods for the vulnerable and marginalized sectors who lost their jobs and economic activities at the height of the lockdowns that have been implemented over a year now.

We will have difficulty in initiating a revival of our economy if we will be going back to the more stringent community quarantine because of the surges in cases in the future. The concerned inter-agency task forces must formulate the appropriate strategies on how to cope up with the prevailing difficult situation so that we will address the survival needs of our people while ensuring the protection of everyone’s health.