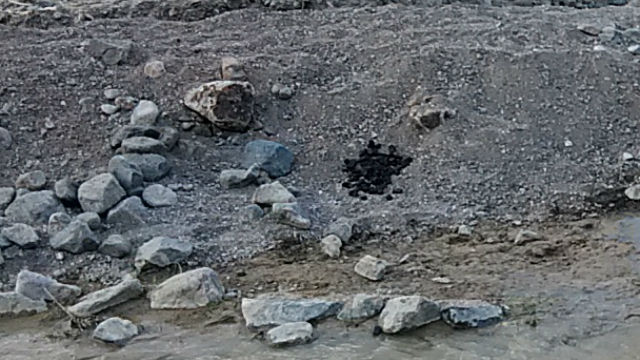 BAGUIO CITY – Numerous public works contractors from the different parts of the Cordillera are being blamed for the proliferation of illegal quarrying along major river systems that pose a serious threat to the state of the environment in the said places.

Engr. Fay W. Apil, regional technical director of the Cordillera office of the Mines and Geosciences Bureau (MGB-CAR), said that based on the report of people on the ground, many contractors awarded with projects illegally source out their sand and gravel through illegal quarrying activities along major river systems, contrary to existing environmental laws, rules and regulations.

In some instances, the MGB-CAR official claimed that enterprising contractors are also involved in illegal quarrying along major roads around the region refusing to procure their sand and gravel aggregates from legitimate quarry operators and such illegal activities pose a serious threat to the stability of roads that often result to soil erosions and landslides during the rainy season thereby impeding the uninterrupted travel of motorists.

According to him, the Department of Public Works and Highways (DPWH), the agency tasked to regulate the operations of contractors, should impose stringent regulations requiring contractors to have legitimate source of aggregates before being awarded projects that will be implemented.

Director Apil stated that the continuous illegal extraction of and gravel from major river systems and near roads will significantly affect the state of the region’s environment, thus, appropriate regulations must be put in place by concerned government agencies and local governments to prevent the occurrence of untoward incidents that pose a serious threat to life and limb.

While there are operations done by the MGB-CAR to stop the illegal quarrying operations regionwide, she revealed that after the agency’s personnel has left the site, unscrupulous contractors continue their illegal activities, thus, the need for the engagement of law enforcers and local governments to impose stringent rules and regulations against illegal quarrying activities along major river systems and roads.

She stated that regulations must be put in place by local governments and the DPWH to compel contractors to refrain from extracting their sand and gravel aggregates along major river systems and near major roads so as not to compromise the state of the environment and negate the efforts of concerned sectors to improve the air and water quality and the stability of places around the region.

Apil reported the agency is working hard to stop illegal quarrying activities in the region but their efforts are being derailed by unscrupulous contractors who refuse to comply with stringent environmental laws and regulations as they simply want to rake in income by saving on costs by not sourcing their aggregates from legitimate sand and gravel operators in their places.