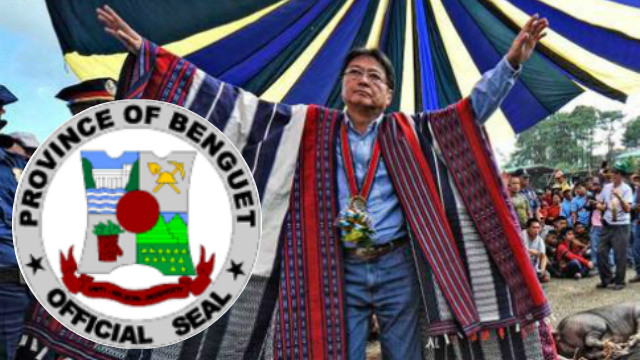 KAPANGAN, Benguet  – Rep. Ronald M. Cosalan warned many of the low-lying barangays of this town, and other barangays along the Amburayan river, particularly in Santol, La Union and Sugpon, Ilocos Sur will be submerged and displace thousands of indigenous peoples (IPs) from the said places once the 500-megawatt pump storage hydro project will be constructed by the  CohecoBadeo Corporation but company officials rebuffed the lawmaker’s contention.

The lawmaker underscored that if there were numerous areas that were submerged and thousands of IPs displaced due to the construction of the 105-megawatt Ambuclaodam in Bokod, the 126-megawatt Binga dam in Itogon and the 345-megawatt San Roque dam in San Manuel, Pangasinan, the effect of the 500-megawatt pump storage in Badeo to the environment could be greater and more damaging because the two dams of the project will be located upstream that could result to the wiping out of communities below, especially during typhoons and strong rains.

Among the potential barangays in Kapangan that could be instantly wiped out include Gadang, Pudong and part of Beleng-Belis aside from the other communities of Santol, La Union and Sugpon, Ilocos Sur which could be traversed by the water coming from the two dams.

“We should not allow the proponents of this ambitious project to rush things because, by their acts alone, it seems they are hiding something from the IPs which could be detrimental to the environment and the ancestral domain of the IPs who had been living in the said communities since time in memorial,” Cosalan stressed.

Kim explained the upper and lower dams that will be built for the operation of the pump storage hydro plant will actually be much smaller compared to the dam size of the Ambuclao, Binga and San Roque dams, saying that CohecoBadeo’s lower dam will have an area of 32 hectares while its upper dam will be around 15.2 hectares.

The Coheco official said the plant will operate with a much higher elevation of its head so that the impact of the flow of water will be sufficient in generating the desired power output as it will operate as a reserved power plant depending on the need of the National Grid Corporation of the Philippines (NGCP) for added power that will be infused to the grid.

Apart from urging Kibungan IPs to invoke their rights so that the proponents of the project will not rush things during the free and prior informed consent (FPIC) process, Cosalan also called on Kapangan, Santol and Sugpon IPs to be vigilant about the process because it seems that the developer does not want to include their ancestral domain in the FPIC process for reasons that they want to allegedly railroad the IP consent for enterprising foreign businessmen to earn at their expense.

Cosalan accused owners of CohecoBadeo Corporation of trying to mislead the IPs into believing the feasibility of their project when in fact, most of their documents could have been prepared by so-called ‘table experts’ which would be detrimental to the IPs once they will make a mistake in giving their consent for the project.

According to him, the mere fact that CohecoBadeo Corporation entered into an agreement with a virtually unknown Chinese energy corporation is an indication that its owners will not be the ones to bankroll and implement the project but it will be other companies whom he fears will not actually respect the conditions to be imposed by the IPs for the project thereby ending up as an impasse between the developers and the IPs.

He claimed IPs should not be carried away by the sugar-coated commitments of the developers during the FPIC process because it will just be mere promises as it will not be the company that will implement the project, thus, they must uphold the preservation of the environment and the transmission of their ancestral domain to the future generations without being ravaged by enterprising foreign and local businessmen.

For his part, Larry Kim, Coheco chairman, said the company will be transparent in the conduct of the FPIC process, citing the fact that the put up of the project will definitely contribute in uplifting the economy of the town because of the expected construction of more access roads that the government could not provide the people, scholarship benefits for IPs, health facilities and livelihood projects for the people that will uplift their living condition in the future.

Earlier, Kim justified that there was no actual sale that happened in the case of the Cordillera Hydroelectric Power Corporation (COHECO) for the put up of its 60-megawatt project in barangay Cuba in Kapangan because what happened was he solicited for investors interested in sharing the burden in the construction of the run-off-river plant wherein a Filipino investor was lured to purchase 75 percent of the company.

The Korean businessman expressed confidence that the IPs of Kibungan will support his project similar to what they have done in supporting the put up of the 60-megawatt run-off-river power plant in Cuba, Kapangan.

During the FPIC consultations in Badeo and Tacadng this week, Checo Badeo engineers admitted the company does not actually have a detailed engineering of the project and what is in their possession was a conceptual design plan for investors and not purposely for construction purposes, thus, the said plan could be easily altered and changed that could result to the total disregard of what was approved by the IPs, thereby, translating to the supposed deception of the IPs that have approved the said plan.

This post has already been read 132 times!Biscuit and snack food giant Rebisco is all-out for Philippine volleyball. The main