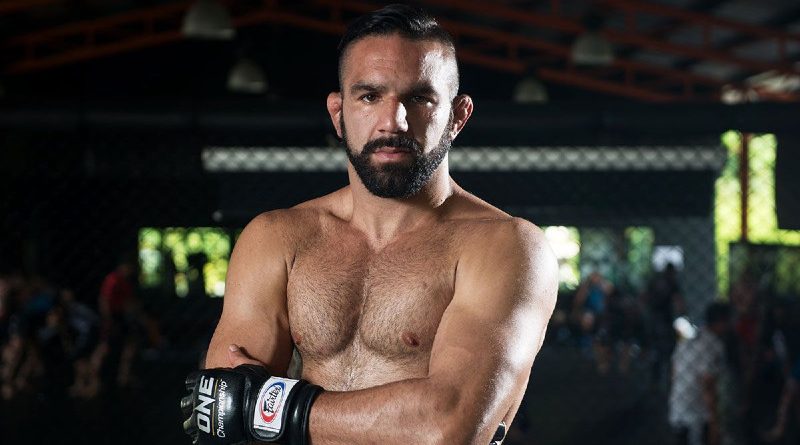 American mixed martial artist Emilio “The Honey Badger” Urrutia is excited to make his way back to the ONE Circle, this time at bantamweight, where he says he feels much stronger.

Urrutia is ready to face Filipino-Kiwi fighter Mark “Tyson Fairtex” Abelardo in a three-round bout at ONE: FISTS OF FURY II, a previously recorded event from the Singapore Indoor Stadium in Singapore scheduled for air this Friday, 5 March.

Urrutia has studied Abelardo’s style and is confident he can take care of business against his hard-hitting opponent.

“I haven’t watched his fights for this training camp, but I’ve known about him for a long time. We’ve fought on all the same shows, so it was just a matter of time. I feel like this fight is a long time coming, and we were going to meet up with each other. It’s good that it’s happening now,” Urrutia told ONE Championship in a recent interview.

“I’m pretty familiar with his style. He’s a Muay Thai-based striker, and he’s very well-rounded, a very tough opponent with a very strong skill set. He’s very durable, so if the fight needs to go 15 minutes, I’m ready to beat him up for as long as I have to. I’m just planning on dominating the whole time. I’m going to be too strong, too tough, too big, and just too much for him, to be honest.”

Urrutia hasn’t fought since February of 2019, which is more than two years ago, after dropping his last three fights. The 34-year-old reveals that he’s had to deal with a lot of lingering injuries that have kept him largely inactive, coupled with the unprecedented COVID-19 pandemic that threw a monkey wrench into all of his plans.

Now training in his new gym at Bangkok Fight Lab in Thailand, Urrutia has his sights set on a much needed victory against Abelardo.

“He (Abelardo) is good and I respect him. We’re kind of like the same guy. He’s a foreigner living in Asia, traveling and training and competing across the world, and I’m doing the same thing. We’re just similar people, but we both want the same thing [in this fight]. So it’s got to be me,” said Urrutia.

“I think I can exploit his wrestling and his jiu-jitsu. I want to put him on his back and keep him there. I’ve been training jiu-jitsu everyday for the last 12 years, and I really want to put that to show. He’s got a really good striking base, he’s got good takedown defense. He’s really good against the fence, and has tremendous cardio.”

“I’m ready to take this fight wherever it goes. If I can’t take him down, I’ll just strike with him as much as I need to. I’m not worried anywhere this fight goes. He’s tough, and he’s going to be one of the hardest fights of my career. But every next fight is always the most important, and it’s always going to be tough, especially in ONE Championship. There are no easy fights here,” Urrutia added.

According to Urrutia, he’s in a terrific physical and mental space, and is looking forward to finally putting a notch back in the win column this Friday night.

“Right now, I feel like I’m in the best place I’ve been in a long time,” said Urrutia.