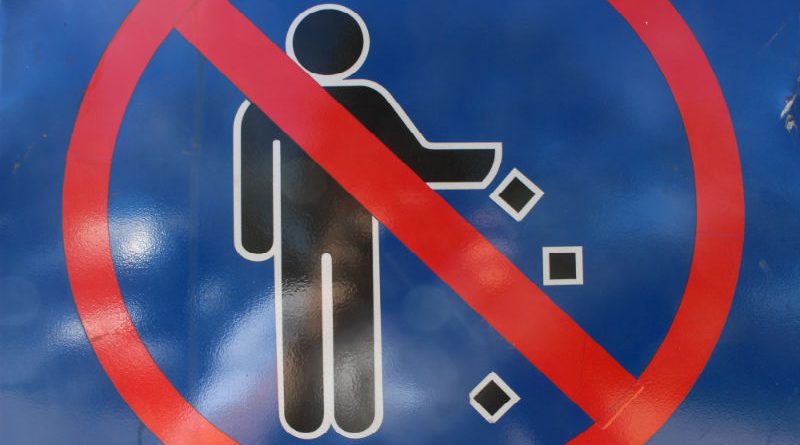 BAGUIO CITY  – The City General Services Office (GSO) urged both residents and tourists alike to strictly comply with the provisions of the city’s anti-littering ordinance to help in the city government’s aggressive clean and green campaign.

City General Services officer Eugene Buyucan expressed disappointment on the lack of discipline among residents and tourists in the disposal of their garbage and litters, especially when visiting public places like the city’s main roads and parks.

He pointed out the realization of a clean and green city lies in the discipline of both the residents and tourists, especially in complying with the implementation of rules and regulations governing the clean and green efforts of the city government.

On the other hand, Buyucan recommended that event organizers of crowd-drawing activities in public places in the city to have their own garbage collection volunteers to ensure they will leave the event area clean and free from uncollected garbage.

The city general services officer came out with the appeal to the public after the city government was criticized for its inability to collect the huge volume of garbage left by the people who attended the organized events along Session Road and other parks of the city.

“The presence of garbage in public places boils down to the lack of discipline among our residents and visitors who simply leave their litters without properly dumping the same in strategic areas for our assigned garbage collectors to collect,” Buyucan stressed.

He also expressed his opposition to the placing of garbage bins in strategic areas along major roads and public places in the city because it will simply encourage undisciplined individuals to dump their household waste in the said bins creating more problems to the city government instead of addressing the problem.

According to him, the installation of garbage bins along major roads and public places in the city will entice undisciplined individuals to simply scatter their garbage and burden the  garbage collectors to collect the overflowing bins.

He appealed to residents to strictly comply with the segregation of waste at source and for them to effectively and efficiently manage their biodegradable waste in their homes to contribute in reducing the huge volume of waste being dumped in established garbage collection points in the different barangays and the waste being hauled out of the city.

GSO will be augmenting the assigned street sweepers on weekends to ensure cleanliness in the Session road area and that a standby garbage truck will be available on Sundays to help in immediately clearing the area.