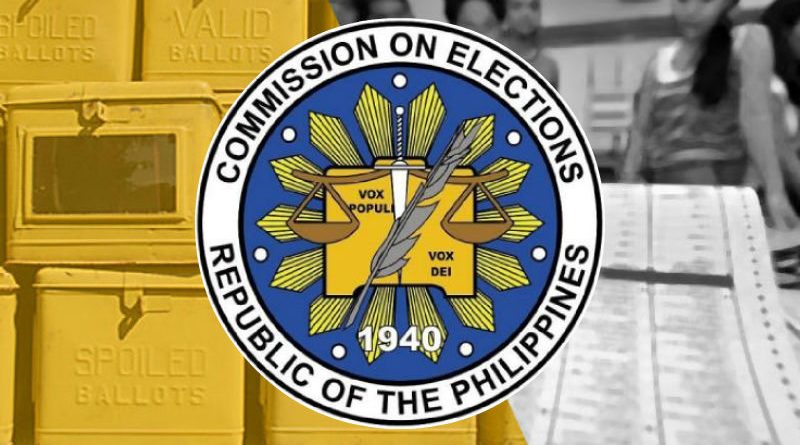 PARACELIS, Mountain Province April 20 – The Second Division of the Commission on Election (Comelec) cancelled the certificate of candidacy (COC) of mayoralty aspirant and former mayor Avelino Amangyen for the upcoming May 9, 2022 synchronized national and local elections for his alleged misrepresentation by his failure to declare his conviction for violation of Presidential Decree (PD) 705 or the Forestry Reform Code of the Philippines.

In a 13-page resolution promulgated by the poll body on April 19, 2022 and signed by Presiding Commissioner Marlon Casquejo and Commissioners Rey Bulay and George Erwin Garcia, the poll body that the petition filed by a certain Franklin Talawec for the cancellation of Amangyen’s COC for mayor in the upcoming polls was filed on time.

Further, the resolution stipulated that assuming for the sake of argument that a technical infirmity exists, it bears emphasizing that the poll body may still resolve the case on its merits for it has the power to suspend and relax its rules of procedure in order not to frustrate the interest of justice.

Section 78 of the Omnibus Election code provides that a COC may be denied due course or cancelled on the ground that it contains a false material representation.

On the other hand, Section 74 of the said law requires the COC to state, among others, that the candidate is eligible for the office he or she seeks to be elected.

For the May 2022 elections, the candidate for the position of mayor is required to provide 15 times of information and to certify certain statements under oath. Among the same are items 11 and 22 which state ‘I am eligible for the office I seek to be elected to, and have you ever been found liable for an offense which carries with it the accessory penalty of perpetual disqualification to hold p0ublic office which has become final and executory.

However, Talawec pointed out that Amangyen’s COC should be denied or not given due course because of alleged material misrepresentations on some entries, when he certified under oath that he is eligible to run as mayor for Paracelis, Mountain Province in item No. 11; when he ticked NO in item No. 22 upon being asked the question of whether or not he had been found liable for an offense which carries with it the accessory penalty of perpetual disqualification to hold public office and when he indicated N/A on the table at the back of the COC where the candidate is mandated to provide the details and status of the cases in relation to item No. 22 if there are any.

In the judgement in People of the Philippines versus Amangyen in Criminal Case No. 2012-7-18-67, Amangyen was convicted for violation of section 77 of PD 705 as amended, which offense is punishable with penalties provided under Articles 309 and 310 of the Revised Penal code.

Under the aforesaid articles, any person guilty of theft shall be punished by a penalty of prison mayor in its minimum and medium periods, if the value of the things stolen is more than P12,000 but does not exceed P22,000. But if the value of the things exceeds the latter amount, the penalty shall be the maximum period of the one described and one year for each additional P10,000 but the total pf the penalty which may be imposed shall not exceed 20 years.

In such cases and in connection with the accessory penalties which may be imposed and for the purpose of the other provisions of the Code, the penalty shall be termed prison mayor or reclusion temporal, as the case may be.

Earlier, the Regional Trial Court (RTC) imposed upon Amangyen the penalty of reclusion temporal where he was meted the imprisonment of 12 years and 1 day as minimum and 20 years as maximum for violation of PD 705.

The poll body explained that the denial of due course to or the cancellation of the COC is not based on the lack of qualifications but on a finding that the candidate Amangyen made a material representation that is false, which may relate to the qualifications required of the public office he or she is running for.

According to the resolution, it is noted that Amangyen stated in his COC that he is eligible for the office he seeks.

Consequently, the poll body asserted that the material representations in Amangyen’s COC contracting the existence of his conviction as well as perpetual disqualification serve as grounds for the cancellation of the same under the pertinent provisions of the Omnibus election code.

Moreover, the Comelec reiterated that as early as April 11, 2018 , The Sc has denied Amangyen’s petition for review of the decision and resolution of the CA thereby affirming the judgement of his conviction of the trial court and that on July 23, 2018, the SC promulgated the entry of judgement of the resolution dated April 11, 2018 declaring therein that the same has become final and executory.