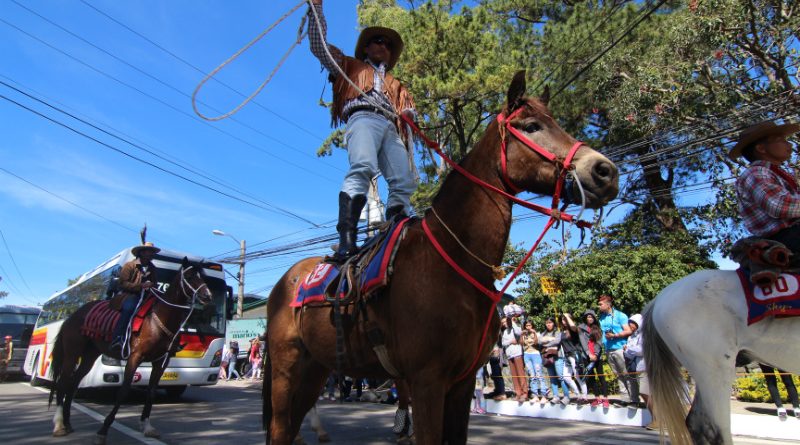 BAGUIO CITY – The City Veterinary and Agriculture Office (CVAO) in coordination with the Cordillera office of the Agriculture Department (DA-CAR) will be conducting the required Coggins test for the horses at the Wright Park to ascertain the number of horses that have actually contracted the dreaded equine infectious anemia (EIA) to pave the way for the implementation of the appropriate interventions to spare other ponies from being infected with the virus.

Coggins test is a blood test identifying if a horse is a carrier EIA which is a viral disease found in horses.

City Veterinarian Dr. Brigit Piok stated that to date, there are some 20 horses that had been subjected to quarantine after having been found to have contracted EIA to prevent them from infecting other healthy horses being used by pony boys for their traditional horseback riding in Wright Parks and other parts of the city.

She claimed that the local government and the DA-CAR had been conducting Coggins test for horses since October last year and that the latest test that was undertaken in a number of horses is in February.

The city veterinarian admitted that now is the time to conduct the repeat Coggins test for the horses that were initially tested last year because it is required that the same test be conducted on the horses every 6 months.

EIA is otherwise known as swamp fever is a horse disease caused by a retrovirus and transmitted by blood sucking insects. The virus is endemic in the Americas, parts of Europe, the Middle and Far East, Russia and South Africa.

Earlier, pony boys expressed concern after a number of their horses reportedly died after contracting the deadly animal virus and that the presence of the same will surely serve as a potential threat to other horses in the city.

Piok stipulated that the reason for the horses to be quarantine is to prevent the said animals from further spreading the animal virus which is considered to be far more detrimental to the business of horseback riding being offered by the pony boys to both residents and visitors alike.

According to her, the pony boys are among the various groups of self-employed workers who were heavily impacted by the ongoing Corona virus Disease (COVID) 2019 pandemic because of the suspension of travel by prospective visitors that is why it will be a double problem for them once they will lose their horses because of the EIA that is now existing in the city.

She expressed the gratitude of the local government to the pony boys for their utmost cooperation in the conduct of the required Coggins test for their horses to ascertain the animals that are already infected with the EIA so that they will be separated from the healthy ones to prevent the occurrence of a possible outbreak that might significantly affect the horseback riding business in the city.

She said that it will be the agriculture department that will provide the necessary kits and materials that will be used to undertake the said activity among the horses in the city.