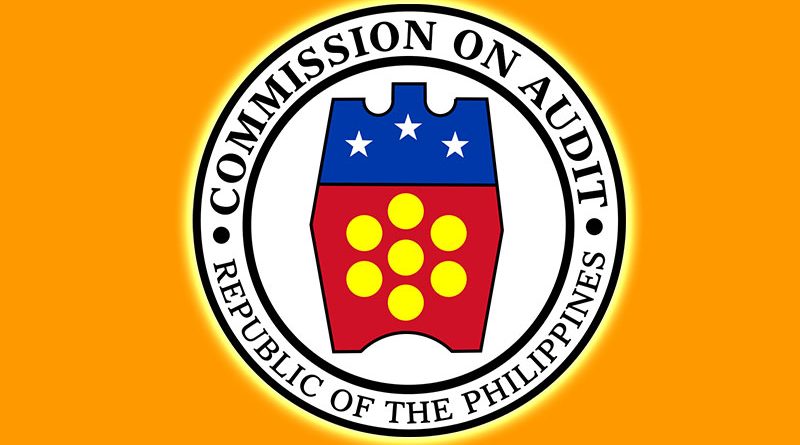 TABUK CITY, Kalinga  – The Commission on Audit disallowed the payment done by the provincial government in the amount of over P2.29 million for an alleged host project that was uncovered by an audit team at barangay Banagao, Tanudan town.

In a notice of disallowance dated April 10, 2019 addressed to Gov. Jocel C. Baac, Supervising Auditor Leah S. Daguio and Audit Team Leader Bernadette D. Pekas stated that the amount of P2.294 million which was allegedly used by the provincial government to pay the contractor of the improvement of the Mangali-Banagao farm to market road was disallowed in audit due to reported non-accomplishment of all the items of work in the approved program of works that included clearing, grubbing and layout; common earth excavation, solid rock excavation and billboard.

The 100 deficiency of the multi-million project was first communicated to the provincial government through Audit Observation Memorandum (AOM) No. 2019-001 dated January 8, 2019 and a letter response informing the audit team that the contract was informed of the noted deficiency was received by the COA on January 28, 2019.

Further, the audit team pointed out that the implementation of the project by the provincial government is not in accordance with various issuances, specifically Section 2, of Presidential Decree 1445, among others wherein it was stated that it is the declared policy of the State that all resources of the government shall be managed, expended or utilized in accordance with law and regulations and safeguarded against loss or wastage through illegal or improper disposition, with a view to ensuring efficiency, economy and effectiveness in the operations of government and that the responsibility to take care that such policy is faithfully adhered to rests directly with the chief or head of the government agency concerned.

The audit team ordered Baac to direct the concerned personnel of the provincial government to immediately settle the disallowance since audit disallowances not appealed within 6 months from receipt shall become final and executory as prescribed existing laws, rules and regulations.