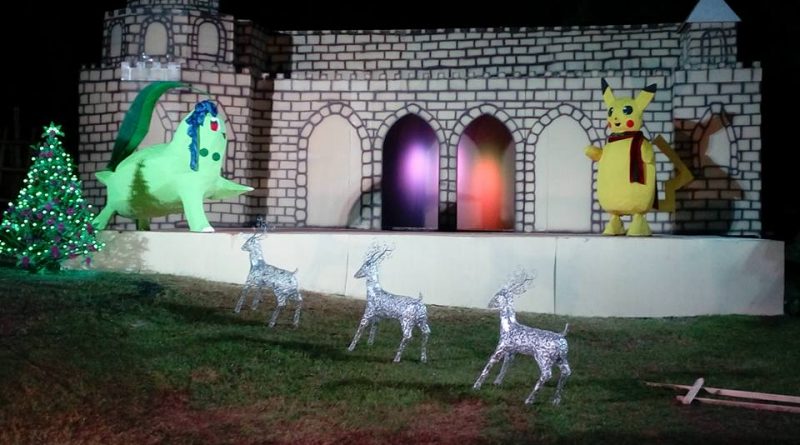 BAGUIO CITY  – The Baguio Country Club (BCC) justified that it is not obliged to pay the necessary amusement tax for the operation of its Christmas village as the village’s main activity or attraction is to showcase the Christmas decorative arts made of recyclable waste materials conceptualized and made by the exclusive club’s employees.

In his letter to City Treasurer Alex Cabarrubias, BCC general manager Anthony R. de Leon explained that the Christmas decorative arts were arranged or exhibited in a mock up village for better appreciation and presentation instead of ordinary display.

“We added a snow machine, nativity pageant and choir as supplementary activities to characterize a Christmas ambience for which the club spent nightly, and that is where the proceeds of the admission tickets were used. Note that we do not charge fees for members and persons with disability (PWDs),” de Leon stressed.

With the said purpose and nature of the club’s Christmas Village, the BCC official asserted that management is convinced that the activity falls under the exempt activity provision of Republic Act (RA) No. 9640 and RA No. 7160 or the Local Government Code of the Philippines.

Under the pertinent provisions of the aforesaid laws that were quoted by the BCC management, the holding of peras, concerts, dramas, recitals, paintings, and art exhibitions, flower shows, musical programs, literary and oratorical presentations, except pop, rock, or similar concerts, shall be exempt from the payment of the necessary tax imposed by the concerned local governments.

Earlier, Cabarrubias wrote the BCC management stating among others that the Christmas Village which collects admission fees is subject to the collection of amusement tax by the local government pursuant to the pertinent provisions of RA 9640 and Ordinance No. 2000-0001 otherwise known as the Revenue Code of Baguio City at the rate of 10 percent of the collected admission fees.

He requested BCC management for a declaration of the receipts derived from the operation of the Christmas Village that started sometime in November last year up to the first week of January this year and the subsequent payment of the corresponding amusement tax from the collections made during the duration of the said activity.

Likewise, the City Treasury Office noted that there are stalls or booths set up in the said activity, thus, the BCC management was requested to submit to the local government a list of stall or booth owners to ascertain they have the necessary business permit and were able to settle their corresponding obligations to the city.

De Leon expressed optimism that the management was able to give clarity to the objective of the club’s Christmas Village activity and why it should not be subjected to the collection of the required amusement tax by the local government.

BCC is the only exclusive club in the city that operates various recreational facilities for the benefit not only of its members but also of the residents and visitors.