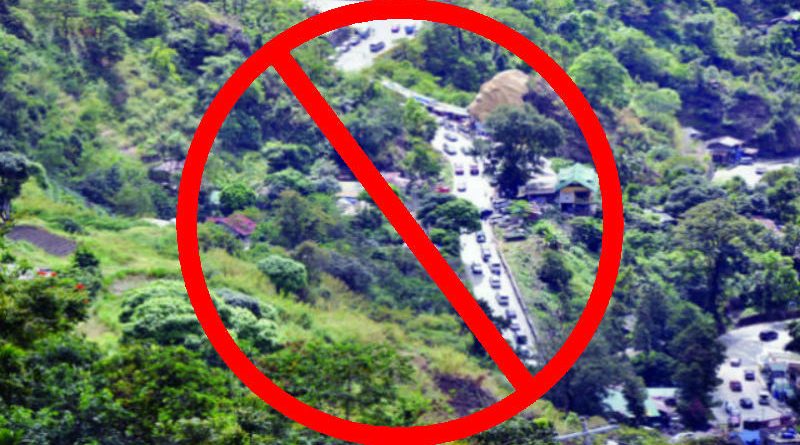 LA TRINIDAD, Benguet  – The tremendous opposition to the proposed closure of the scenic and historic Kennon road to vehicular traffic for at least three years continues to snowball as the provincial board is on the verge of passing a resolution against the said plan.

Boardmember Nestor Fongwan, Jr. said that tens of thousands of people living in the established communities along the stretch of the 34-kilometer roadline will suffer once the proposed closure of Kennon road will be implemented considering that they will be deprived of their sources of livelihood aside from the fact that their mobility inside and outside their places will be jeopardized.

He suggested that concerned government agencies must explore possible ‘win-win’ solutions to the proposed closure of the roadline so that people living in communities along the stretch of the highway, including those living along Marcos highway and the Asin-Nangalisan-Baguio Road, will suffer the serious repercussions of the pending proposal.

“Now that Kennon road is temporarily closed to vehicular traffic, motorists taking the alternate routes going in and out of Baguio City and residents living in the communities along the alternate routes are suffering from the consequences of tremendous traffic, pollution among others which they did not experience when Kennon rod was still open to light vehicles,” Fongwan stressed.

The provincial official claimed that Kennon road plays a vital role in providing the shortest link between the lowlands and the upland communities aside from the fact that there are already established communities that have co-extend with the road even after the wrath of the July 16, 1990 killer earthquake that is why there is no compelling reason why the road should be totally closed for three years.

According to him, the proposal to close Kennon road is impractical and inhumane, especially to the people living in existing communities, because instead of addressing their current predicament on the difficulty of having to go in and out of their places, there are some individuals who want to add insult to injury which should not be the case.

The provincial board summoned officials of the Office of Civil Defense, Mines and Geosciences Bureau and the Department of Public works and Highways to appear during the local legislative body’s next regular session to shed light on the proposal and to present the prevailing situation along the roadline, especially the status of ongoing multi-million projects that are being implemented in identified critical sections of Kennon Road.

Fongwan asserted that there should be a comprehensive study that will be undertaken by experts from concerned government agencies on what will be the most feasible intervention that will be implemented along the critical sections of the road to prevent the same from being totally closed and that closure of the road should not be the priority solution for whatever problems that are being encountered along the stretch of the road.

He claimed that opening Kennon rod to light vehicles will solve the tremendous traffic congestions being encountered by motorists plying Marcos highway and the new alternate route in Asin that is why closing the same will be an ill-advised move on the part of concerned government agencies in charge of supervising the state of the roadline.