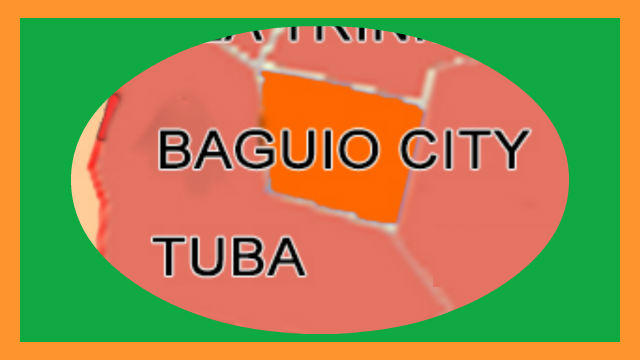 BAGUIO CITY – The settlement of the boundary dispute between Baguio City and Tuba, Benguet might go back to the drawing board following the issue raised by some city officials on the alleged discrepancy of the values of the properties that are being swapped by the two local governments.

Councilor Betty Lourdes F. Tabanda, chairman of the City Council Committee on laws, Human Rights and Justice, brought to the attention of Tuba municipal officials led By Councilor Rebecca Apil, Municipal Assessor Engr. Noel Tomin and Municipal Legal Officer George Pucay the observation of some city officials on the lower value of the properties being swapped by Tuba for the properties that will be swapped by the city to the municipality as contained in the agreement entered between the concerned local governments.

Tabanda proposed to the members of the Tuba delegation that appeared before the regular session of the council on the need to revisit the contents of the agreement, especially the provisions of the properties that will be swapped by both parties, for fairness.

Earlier, the city and the municipal governments entered into an agreement for the swapping of properties in strategic areas in their respective areas of jurisdiction to speed up the resolution of the long standing boundary dispute between the 2 local governments after former President Benigno Aquino III vetoed the bill revising the Charter of Baguio City where the metes and bounds of the city had been defined taking into consideration the swapping agreement.

For his part, Pucay stated that the Tuba municipal government will be open to the proposal of Baguio City to revisit the swapping agreement and that municipal officials will be awaiting the schedule on when will be the initial discussions on how to work out the proposed changes to the terms to achieve the desire of city officials for fairness.

Under the swapping agreement, the city will turnover to Tuba its properties that are situated within the heat of the municipality along the Palispis-Aspiras Highway while Tuba will be ceding to the city a huge portion of its properties leading to the Mount Sto. Tomas area.

She expressed her gratitude to the members of the Tuba delegation for being receptive on the initial observations that were raised by some city officials on the contents of the swapping agreement with the belief that the same will be settled the soonest so that the boundaries of both local governments will already be finalized.

The agreement between Tuba and Baguio formalizing the swapping agreement is pending review by the city council while the Tuba municipal council already passed a resolution authorizing the municipal mayor to sign the aforesaid agreement so that the final metes and bounds of the municipality will already be appropriately defined. By Dexter A. See