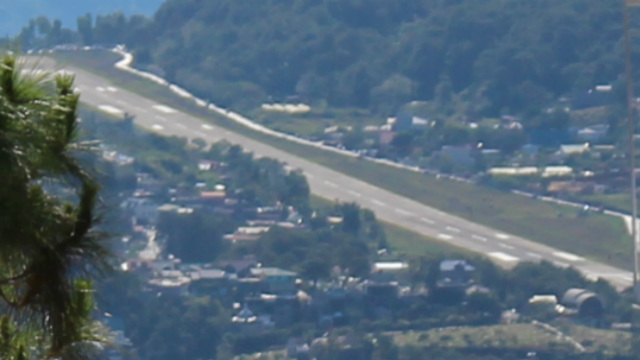 The city government will demolish more or less one hundred structures within the declared buffer zone of the Loakan airport as part of the preparatory works for the opening of the airport to commercial operations.

Mayor Benjamin B. Magalong said the Civil Aviation Authority of the Philippines (CAA) submitted to the city government the identified buffer zone where the structures that obstruct the incoming and outgoing flights are erected, thus, the need to demolish the structures to ensure the safe operation of the airport.

He claimed the appropriate notices will be issued to the owners of the structures located within the airport’s declared buffer zone for the owners to voluntarily remove their structures or allow the city government to demolish the same in preparation for the opening of the airport to commercial operation.

Earlier, the city government negotiated with the Department of Transportation (DOTR) for the turnover of the management and operation of the Loakan airport to the city so it can look for a third party operator the said facility to help boost the city tourism industry especially with expected influx of high-end visitors as summer arrives.

Further, the city government also had been making representations with the San Miguel Corporation for the company which is currently managing the management and operation of some airports in the country to do the same with the Loakan airport once the CAAP and the DOTR will give the go-signal for the commercial operation of the airport.

Loakan airport’s operation has been closed for commercial operation over a decade ago because of issues on safety of flights taking off and landing in the city’s airport.

However, the airport still services chartered and military flights on demand.

Aside from the removal of the structures within the declared buffer zone of the airport, one major improvements is the installation of the necessary Instrument Landing System (ILS) that will guide aircrafts in maneuvering in and out of the airport even in bad weather.

Another issue being discussed by the airlines wanting to service the Manila-Baguio-Manila route is the assurance of the passengers that will make their operations sustainable.

Loakan airport was supposed to have been closed to serve as an expansion area of the State-run Philippine Economic Zone Authority (PEZA) but the previous administration and city tourism industry stakeholders expressed their vehement opposition to the said plan that compelled the government to shelve the same and allow the existence of the airport to date.

The Loakan airport has a runway measuring around 1.6 kilometers long that can only accommodate small planes that need to taxi for a short distance before taking off.