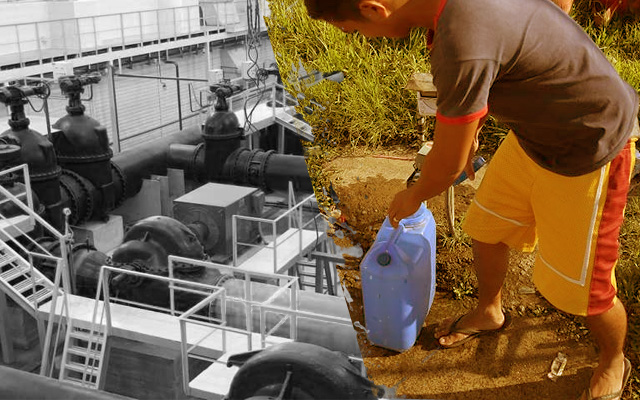 BAGUIO CITY – Outgoing Mayor Mauricio Domogan on May 14 directed the City Engineering Office to stop the construction of deep wells that have no excavation permits in the city.

In Memorandum No. 108 series of 2019 to City Engineer Edgar Victorio Olpindo, the mayor said the Baguio Water District had raised concern over the proliferation of private deep wells that causes the city’s groundwater supply to dwindle.

“Considering the seriousness of the said concern because of its effect, you are hereby directed to stop the construction of deep wells that have no excavation permit,” the mayor noted.
Domogan’s move intends to help the BWD address the growing problem on illegal deep wells in the city over which the department admitted its powerlessness.

“BWD can only do so much to protect its existing water sources and cannot impose sanction/s on private deep well owners considering that pursuant to Presidential Decree No. 1067 or the Water Code of the Philippines, control and regulation over the utilization, exploitation, development, conservation and protection of water resources are primarily vested upon the NWRB (National Water Resources Board,” the BWD noted in a resolution adopted by the Board of Directors last April to bring the problem to the attention of the NWRB.

Resolution No. 13-2019 requested the National Water Resources Board (NWRB) to give the BWD “direct involvement” in the approval of water permits particularly in the investigation and studies process and in the monitoring and regulation of water extraction of private deep wells in the city.

The Board said that the at the moment, BWD can only file protests and opposition against some applications for private deep wells as allowed under Presidential Decree No. 198 or the Provincial Water Utilities Act of 1973 and for deep wells that operate without permits, the office merely reports them to the NWRB for its appropriate action.