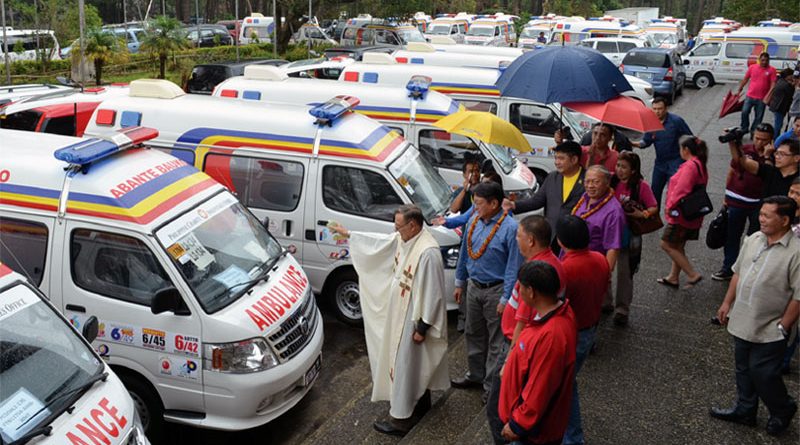 BAGUIO CITY – The city government set regulations on the use of the three government-operated ambulance units serving the city’s constituents.

In Administrative Order No. 112, Mayor Mauricio Domogan authorized the city treasurer’s office to collect fees from patients using city-owned ambulances for transport within and outside the city.

The fees will be minimal or “socialized” and will go to the maintenance of the vehicles, gasoline, meals for volunteers and toll fees.

The three ambulances are assigned in three separate offices – the health services office (HSO), the Bureau of Fire Protection, and the City Disaster Risk Reduction Management Committee (CDRRMC) under the city administrator’s office.

The mayor emphasized that while the BCEMS uses the HSO ambulance to transport patients for medical treatment at hospital facilities or referral for higher management within and outside the city, the transport of patients is not the priority function of BCEMS.

“As the pre-hospital emergency arm of CDRRMC, its main function is primarily emergency medical responders,” he said.

As to the payment of the regulatory fees, the process will be as follows: applicants will secure payment slips from the office where the ambulance is assigned indicating the appropriate amount to be paid at the city treasury office.  The offices will record all official receipts before transporting the patient and will prepare necessary official travel order for the personnel in the ambulance team to be signed by the department or assistant department head and approved by the city mayor.