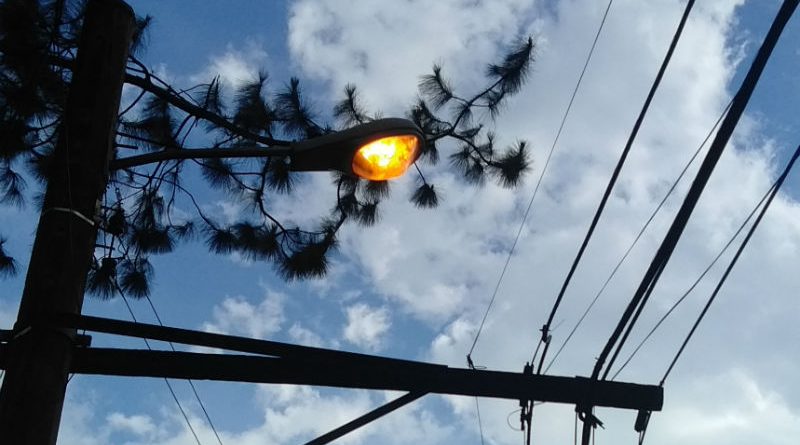 BAGUIO CITY  – The city government will replace all existing high-pressure sodium (HPS) barangay streetlights and alley lights to the energy efficient and cost-effective Light Emitting Diode (LED) fixtures to contribute to the overall efforts of the government to preserve and protect the environment.

City Engineer Edgar Victorio Olpindo said the energy efficient and cost-effective project of the city government has an initial budget of P112.9 million with project duration of 12 months from receipt of notice to proceed.

Under the terms of reference for the said project, the winning bidder shall provide the new LED streetlight replacement units for all replaceable and defective HPS streetlights at their own expense within the warranty period; luminaire manufacturer must have a local office that has been operating in the country to provide after sales services within the stipulated warranty period; LED streetlights shall have the same or higher luminance as the existing fixtures to be replaced in compliance to international quality and specification standards; efficiency of 140 lumens per watt or higher; and life lumen maintenance of not less than 50,000 burning hours.

Further, LED fixtures shall be rated IP66 complaint or higher; the winning bidder shall ensure 50 percent or more reduction in the energy or power consumption of the city; the winning bidder shall turnover to the local government all replaced lighting fixtures upon completion of the project for proper inventory and disposition and bidder offer must strictly adhere to the specifications indicated in the terms of reference and in the LED streetlight specifications.

Based on the data from the CEO, the local government has a monthly consumption of over P4 million for its existing 8,700 unmetered HPS streetlights which is being proposed to be replaced with LED fixtures.

The city government will be obliging the service provider to replace all existing HPS lighting fixtures of unmetered streetlights and alley lights included in the inventory of the CEO and whose electric consumption is being paid by the city, and supply, deliver, test and install the complete LED streetlight fixtures as earlier described.

Among the other requirements for the winning service provider include the fact that the luminaire shall have a full diecast housing to provide adequate rigidity and strength and also ensure proper heat deception; the luminaire housing shall have a separate driver and LED lamp cavity to ensure cooler operation of LED lamps and good electrical separation; the optical LED compartment shall have a high quality silicon gasket system and the complete luminaire shall be rated for IP66 ingress protection without using any glue.

Olpindo stated that the luminaire shall be fully compatible with future LED upgrades when they become available and it shall have a modular design to upgrade or replace with new LED modules or IED drivers at site and that all electronic components or drivers shall be mounted on a separate gear tree tool-less access and replacement.

The city engineer stipulated that luminaires designed without tool-less access to components shall be disqualified and that the same shall have space available inside for communications antenna or equipment to be integrated into the luminaires for future tele-management control system implementation.