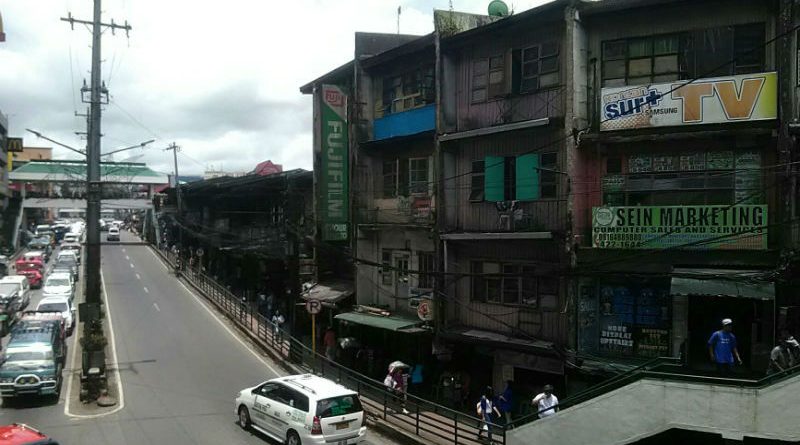 BAGUIO CITY  – The City Buildings and Architecture Office (CBAO) issued the appropriate directives for owners and tenants of both the Bayanihan and Magsaysay buildings to vacate their leased areas as the said structures are considered to be dangerous and hazardous to the public.

Arch. Johnny Degay, officer-in-charge of the City Buildings and Architecture office (CBAO), said that a notice to vacate due to the dangerous and ruinous conditions of the structure pursuant to Section 214 of Presidential Decree (PD) No. 1096, or the National Building Code, was already served to the lessor, manager, administrator, and lessees of Bayanihan building.

He claimed the lessor and the 86 lessees were directed to  vacate the building within 30 days and for the lessor to be required to demolish the said structure or renovate the same to incorporate the appropriate safety measures for the benefit of both the lessees and the public transacting business with them.

On the other hand, the assistant department head claimed the same notice to vacate was earlier served to the tenants of Magsaysay building which is owned by the city government and that the same notice will lapse on October 13, 2019.

After the lapse of the deadline of the notice to vacate issued to the tenants of the Magsaysay building, Degay disclosed the city government will execute the demolition of the building to pave the way for the put up of an open parking within the said area.

During the previous administration, the Bureau of Fire Protection (BFP) declared the Magsaysay building a fire hazard that prompted the |State-owned Government Service Insurance System (GSIS) to deny the insurance being requested for the said government structure.

Under the annual budget of the city government for this year that was prepared during the previous administration, some P20 million was earmarked to renovate the already dilapidated structure for the safety of the lessees and the public doing business in the said area.

The proposed demolition and renovation of declared dangerous and hazardous buildings by the city government is aligned with one of the 15-point collective agenda of the present administration on effective disaster risk reduction and management.

Degay expressed optimism the lessees of both buildings will voluntarily vacate their leased areas and not await for the city government to evict them from their leased spaces.

At the same time, he stated that the city government will continue to inspect all structures in the different parts of the city so that the dangerous and hazardous structures will be appropriately corrected putting emphasis on the safety of both the lessees and the transacting public and to avoid the occurrence of unnecessary incidents that will pose a threat to life and limb.

The OIC city building official urged owners of structures to continue improving the same in compliance with prescribed standards of safety.