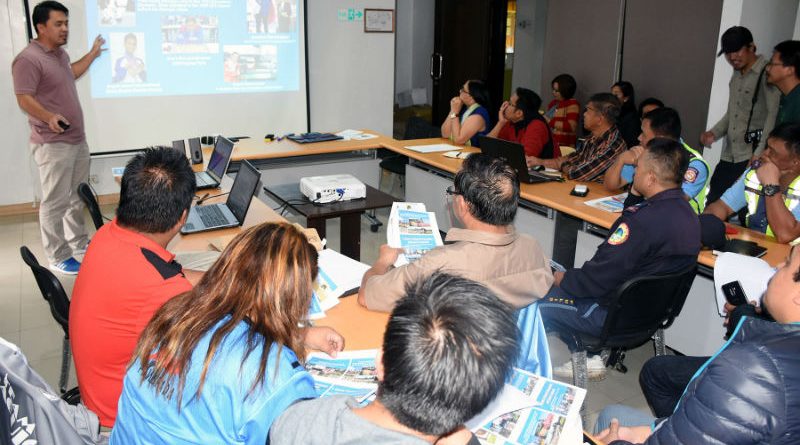 Baguio City – Department of Education (DepEd) officials headed by Regional Director May Eclar and city schools superintendent Federico Martin, representatives from Baguio, La Trinidad and Benguet led by Provincial Administrator Noel Ngolob, the Baguio City Police Office and other agencies met recently to start finalizing the presentation of Baguio and Benguet in their bid to co-host the 2018 Palarong Pambansa.

Also discussed were the delegations’ billeting arrangements, venues for the games, security, budgetary requirements, traffic scheme, among others. More than 12,000 participants from the country’s 18 regions are expected to join the annual sports extravaganza.

Mayor Mauricio Domogan, Ngolob and Eclar met earlier with representatives of local universities and colleges to confirm their commitments in allowing their facilities and equipment to be used if ever Baguio and Benguet are chosen as hosts of the country’s largest sports event. It will be the first time that the Cordillera region will be the Palaro’s venue should this happen.

The Mayor has expressed the city’s desire to serve as venue of the country’s largest sports event and with the completion of the Baguio Athletic Bowl’s rehabilitation and partnership with Benguet, the dream can now be fulfilled.

He said the city expects to face tough competition during the bidding scheduled on the last week of August since there are several government units equally interested to host the sports meet.

Domogan stressed that with the support of Benguet province, “we are confident that our bid will be given favorable consideration by the Palarong Pambansa Technical Evaluation Committee headed by DepEd.”

Last month, the city sports office under Gaudencio Gonzales conducted a facility and equipment evaluation to assess the city’s capability in housing the sports spectacle including those privately owned that can be tapped for the activity.

He said they are confident that Baguio and Benguet can present enough number of venues, facilities and equipment both for the events and accommodation of thousands of participants from the other regions to satisfy the organizers’ requirements.