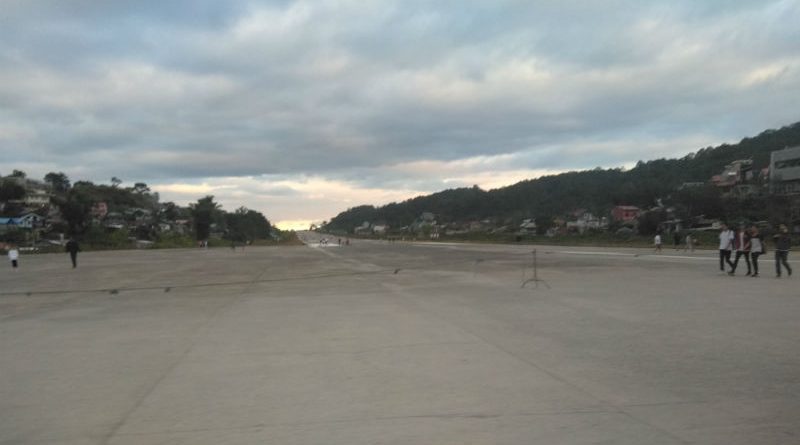 BAGUIO CITY – The city government expressed confidence on the immediate opening of the Loakan Airport to domestic commercial flights to help entice high-end tourists to visit the city and boost the growth of the city tourism industry.

Mayor Benjamin B. Magalong said that PAL Express already purchased 5 aircrafts that could fly in and out of the Loakan Airport while Cebu Pacific also signified its intention of opening the Cebu-Baguio-Cebu route that will be a big boost to the city’s tourism industry.

He added that San Miguel Corporation (SMC) also signified its intention to be a partner of the city government in the eventual operation of the Loakan Airport to help bring back the vibrance of the city’s tourism industry.

Earlier, the city government attempted to work out appropriate arrangements with the Department of Transportation (DOTr) for the latter to takeover the operation of the airport so that it could look for private partners that have the experience in operating the facility.

Loakan Airport was closed to commercial flights over a decade ago because of the reported difficulty in the landing of the aircrafts during bad weather condition but the same remains open to chartered and military flights.

It can be recalled that the Regional Development Council (RDC) in the Cordillera requested the Civil Aviation Authority of the Philippines (CAAP) to infuse the required funding support in the amount of over P420 million to upgrade the Loakan Airport to make the same as the gateway to the Cordillera.

The City Chief Executive disclosed there were Overseas Filipino Workers (OFWs) from Mindanao who approached him and inquired if there were direct flights from Mindanao and Visayas to Baguio City for them to be able to spend their vacation in the city instead of having to pass through Metro Manila and be caught in the tremendous traffic in the country’s capital just to be able to reach the Summer Capital.

According to him, city officials and representatives from concerned government agencies will continue to discuss the possible resolution of the issues and concerns that will eventually warrant the operation of the Loakan Airport.

The Loakan Airport played a key role in serving as the drop off point for relief goods and rescuers who helped the city after the wrath of the July 16, 1990 when all roads leading to the city were closed due to numerous landslides as a result of the tremor.

Among the issues and concerns confronting the operation of the Loakan Airport is the pedestrian, vehicular and animal traffic right in the middle of the runway, the non-existence of an access road that will totally close the runway to pedestrians and motor vehicles and the poor visibility in the airport, especially during the afternoon and the prevalence of bad weather that prevents aircrafts from landing in the said airport.

Magalong assured the city government will try its best to make the Loakan Airport operational the soonest so that regular flights going in and out of the city will resume considering the interests that were signified by some airline companies to service the Baguio route.