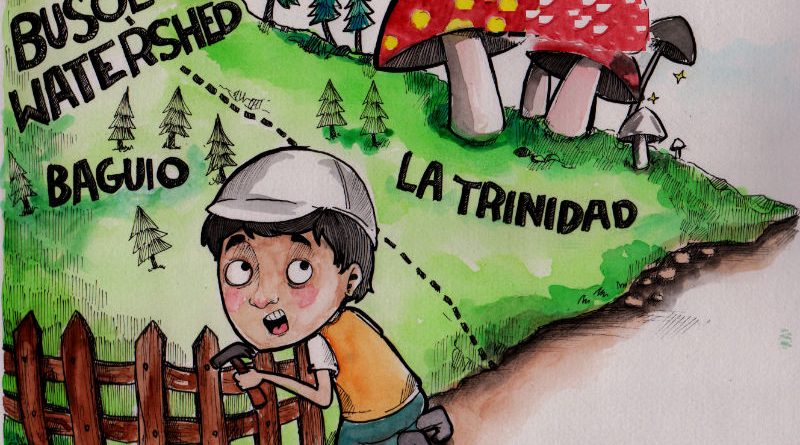 The city will step up its anti-squatting drive with the upcoming demolition of illegal structures at the Busol watershed, several areas in Irisan and similar structures that have encroached on the road-right-of-way of various road networks this year.

Mayor Benjamin B. Magalong stated that the concerned offices of the local government will be closely working with the Department of Environment and Natural Resources (DENR) for the eventual dismantling of the illegal structures within the Busol watershed, the main source of the city’s potable water supply, as it was observed that owners of the same took advantage of the implementation of the various levels of community quarantine to continue illegally advancing their encroachments.

He said that the city will not hesitate to pursue the demolition of illegal structures within the premier watershed to send a clear message to the people intending to erect similar structures in prohibited areas from doing the same illegal activities.

The local chief executive added that in the case of some areas in Irisan that had been squatted upon by professional squatters, the city will also be pursuing the dismantling of the illegal structures with the assistance of concerned government agencies to prevent the further increase in the number of illegal constructions in the said areas.

Further, the city will also intensify its ongoing anti-road obstruction campaign pursuant to the marching orders from the national government so that encroachments on the road-right-of-way of roads will be removed and will allow the same to be used by the public and to allow the smooth flow of vehicular and pedestrian traffic.

According to him, it is unfortunate that there are still individuals who took advantage of the implementation of the various levels of community quarantine to further encroach in the city’s watersheds and protected areas, thus, the need to enforce the appropriate action against them by demolishing their illegal structures.

The mayor pointed out that the local government will remain firm in the implementation of demolition orders that were issued against those persons who illegally constructed their structures in watersheds, protected areas and other public lands

And those who encroached on the road-right-of-way of roads around the city.

He urged individuals wanting to own properties in the city to first validate with the concerned offices of the local government and other related government agencies the authenticity of the documents of the properties being sold to them to ascertain their legitimacy to avoid unnecessarily losing their hard-earned money to people who want to dispose of controversial properties in the different parts of the city.

Last year, the city aggressively implemented the government’s anti-road obstruction campaign that caused the removal of illegal structures along major highways such as Marcos Highway, Kennon Road and Naguilian Road but the same was sidelined by the implementation of the various levels of community quarantine over the past 9 months. The said campaign resumed last November 16, 2020 upon orders of Interior and Local Government Secretary Eduardo Anyo through a circular that was given to all local governments in the country.

This post has already been read 2493 times!The city identified some twelve priority investment areas that are expected to contribute in efforts