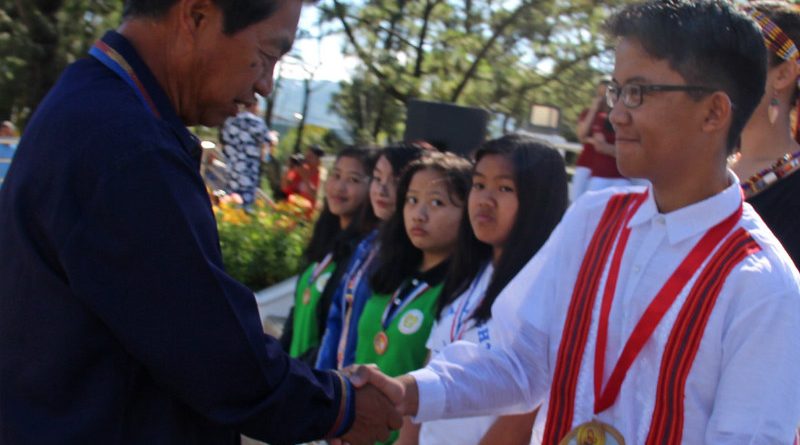 Education, Arts & Culture
May 25, 2018May 26, 2018 Herald Express News Team
BAGUIO CITY – The city council passed a resolution congratulating and commending Jericho Villarico and his coach Eva Layagan for being declared as champion in the 8th Association of Southeast Asian Nations (ASEAN) quiz national level competition held April 5, 2018 at the People’s Television Network (PTV 4) Studio in Diliman, Quezon City.
The 16-year-old Villarico is a resident of Lower Liwanag, Loakan barangay and a grade 10 student of the Baguio City High School under its Science, Technology and Engineering Program or STEP.  He represented the Cordillera Administration Region (CAR) in the competition.
Councilor Arthur Allad-iw, the measure’s author, said the academic tilt is a continuing project of the ASEAN committee on culture and information that aims to foster a spirit of healthy competition among ASEAN youth in a friendly quiz game that exposes them to ASEAN cultural, political, economic and social information.
“He (Villarico) is a pride of our city and an inspiration to everyone, the youth as  well as parents and teachers to continue supporting and taking good care of their children as they excel and reach their full potential,” Allad-iw stressed.
For his part, Mayor Mauricio Domogan said that Villarico’s achievement does not only bring honor to himself, family and school but also to the city of Baguio and Cordillera region as a whole.
By: Gaby Keith
Comments