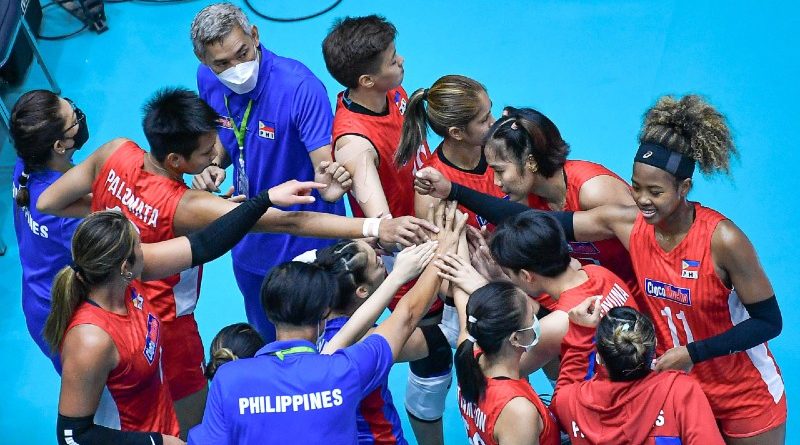 The results are in. They are not pretty!

The two teams representing the Philippines in the Asian Women’s Club Volleyball Championship tournament held in Thailand this October concluded their participation.

The results: Combined 1 win in 9 games. The only win came because they had to face each other to determine who will finish last in the 7-team tournament. They could have been winless if the tournament format did not match the two teams up.

Choco Mucho, the winner of this game, gained a chance to salvage fifth place but bowed out in three straight sets to eventually finish sixth just ahead of Rebisco, guaranteeing a 1-2 finish by the Philippines at the bottom.

Here are their team productions in the tournament:

While these numbers are from a modest sample size from newly formed Head Coach Odjie Mamon and Brazilian consultant Jorge Edson Souza de Brito regime, there’s no other way of describing these other than embarrassing.

Then came along the common attitude of some players and officials again praising their participation and efforts that came under difficult circumstances despite not producing a respectable outcome.

Look, many Filipino fans will agree with me when I say Pinoys will always support their Kababayans in international competitions no matter what.

But they also do not wish to be associated with losers whenever possible. Especially with the kind of performance they generated in this tournament.

Here’s hoping Team Choco Mucho and Rebisco treat these numbers not just history. May they remind both athletes and officials who think they did enough that the likes of Manny Pacquiao and Hidilyn Diaz did not bring honor to the country by participating alone, they did it in victory.

It’s time for them to think twice about the application of the axiom “being invited to participate is a victory in itself”. This is for schools and colleges. This in not for national or professional teams.

Yes, winning is not everything and it does not always come in every event participated.

But so is losing. It is not everything but it should not also come every time. More so, if a national team loses, it is desirable to go down swinging. Hindi sana tambak kumbaga.

Justifying losing with giving best efforts at every turn is not a good norm.

Further, this is is one of the adverse effects of Philippine National Volleyball Federation’s decision to lock out some of the best volleyball players in the land from the national team.

They put an enormous pressure on their players to perform well because if they exclude some of the best volleyball talents in their respective positions from the team, the ones they selected are expected to deliver more than what is expected from the ones excluded.

In the end, the 25-women pool composing the Philippine Women Volleyball National Team and their coaches are challenged not just to attend tournaments, but perform well and bring in some real victories, those reflected in the scoreboard.

Fans like me will always enjoy to see the team play in other countries. We always take pride whenever they wear the Philippine flag in their jerseys.

But we don’t want our country to be associated with losing.

It is for this reason we don’t want to hear their patting themselves on the back, more so after they lost badly, because they sound like excuses.

The fact that their loss is not going to be erased from their record because they gave their best efforts under difficult circumstances.

It is not also difficult for them to understand that not all fans will bash. Many can see how they play.

They might like to take a page of Pacquiao’s book, that of his saying he gave his best efforts during the Yordenis Ugas fight but admitting that wasn’t enough.

Contrary to their perception of popular opinion, many fans are reasonable and appreciate a fine performance even in defeats. Such was the case in Pacquiao’s.

A lot generally know why they lost and would understand if valid reasons brought the defeat.

So they better stop giving themselves a pat in the back when they loss and rather come up with a plan on how they can outperform themselves in future events.

Sure, they will always have doubters, critics, and bashers. I hope they don’t mind them because these bashers are not going away anytime soon.

The team should consider rejoicing they are there because the criticisms may remind them that finishing a tournament again at the bottom in a manner they did at Thailand on October, 2021 is not a “victory” even under the circumstances and “just being there” is not what Filipinos are generally aspiring for.

This post has already been read 1011 times!TABUK CITY, Kalinga – With the voter’s registration extended, the Commission on Elections