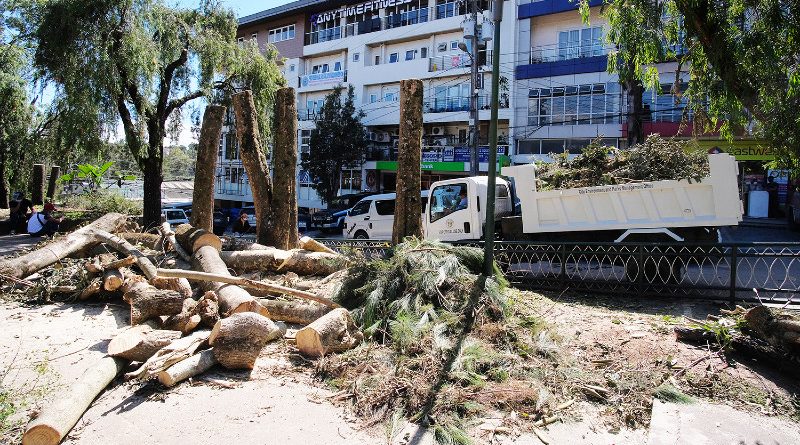 City Environment and Parks Management Officer Rhenan Diwas clarified that they employed only pruning and not cutting on the African tulip trees at Rizal Park and it was done for the safety of other tree species.

“What we pruned were Spathodea campanulata popularly known as African tulip trees. These trees are invasive weed trees and in fact, being eradicated in other countries because they threaten biodiversity,” Diwas said.

“In recent years, it was discovered that the nectar and pollen of the S. Campanulata contain toxins that are poisonous for insects, including bees. It is nominated as among 100 of the ‘World’s Worst’ invaders,” he added.

He said this tree species nevertheless is one of the fastest growing trees and with the subject trees at Rizal Park only pruned, they will sprout new leaves in a just a short time.

Diwas said the CEPMO is concentrating its efforts on growing indigenous trees to dominate the city instead of these invasive exotic or imported trees.

“Indigenous trees are far better as they support and enhance biodiversity,” he said.

To persons who criticized CEPMO’s act, he has this to say: “Relax. We too care for the environment as much as you do.”

This post has already been read 268 times!LA TRINIDAD, Benguet –  Benguet Caretaker Congressman and Anti-Crime and Terrorism through Community