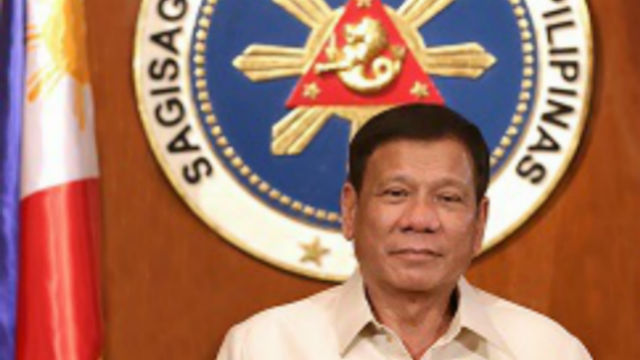 He said it is Duterte’s non-confrontational attitude towards China that has been preventing the Philippines from entirely losing the territory, as opposed to what happened in the previous administration.

(If we were fighting for a car, the previous administration’s style of engaging in a shouting match ended up with China getting the car. Under President Duterte, we’ve been talking and talking but haven’t lost anything.)

(So in a sense the previous administration acted tough because they wanted a shouting match. The problem was it was a wrong strategy because we lost.)

In 2012, the Philippines lost the Panatag Shoal, also called Scarborough Shoal in the WPS, to Beijing after a standoff that erupted when Manila sent its biggest warship to chase off Chinese poachers.

Duterte had blamed the administration of former President Benigno Aquino for the loss of Panatag Shoal, but on Tuesday, May 4, retired Supreme Court Associate Justice Antonio Carpio and former Foreign Affairs Secretary Albert del Rosario hit back and said it is the President who seems to “trade our lands and waters for prospects of money given by China.”

Cayetano, for his part, encouraged the public to analyze the issue based on facts and not on “mere accusations.”

(I believe the President will not let go of this issue.)

The Philippines has recently begun filing daily diplomatic protests over the continuing presence of Chinese ships at Julian Felipe Reef, which is within the country’s exclusive economic zone.

The maritime dispute between the Philippines and China sparked anew last March after reports of over 200 Chinese Maritime Militia boats were spotted near the Julian Felipe Reef. ###