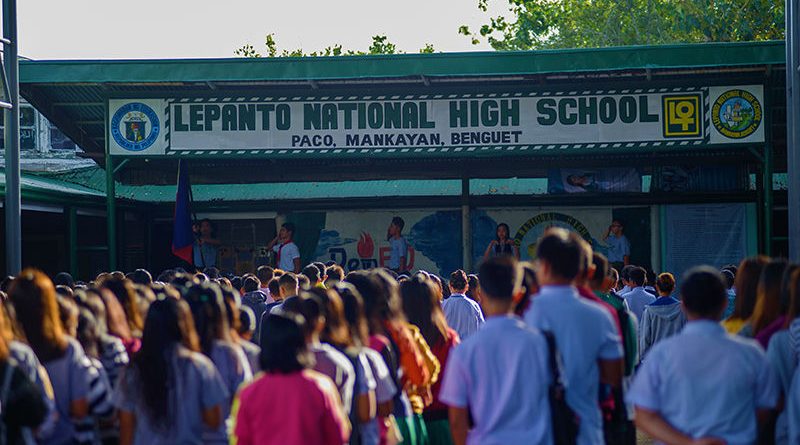 It is the second time of LNHS to join Gawad KALASAG when it passed the Regional and National level table assessment in the criteria of Enabling Environment and the 3 Pillars of DRRM – Safe Learning Facilities, School Disaster Risk Management, and DRR in Education. The Regional and National Field Validations were conducted on April 3 and October 9, 2017, respectively. The school received a total of P125,000 in cash prizes – P50,000 from the Regional and P75,000 from the National award. This will be used to improve the DRRM program of the school.

Gawad KALASAG stands for “Kalamidad at sakuna labanan, sariling galing ang kaligtasan,” a program of the National Disaster Risk Reduction and Management Council to sustain commitment and support by recognizing exceptional contributions of various stakeholders in the field of DRRM.

Meanwhile, in the Search for CAR’s Safest School starting October 2017, the school was adjudged the best in the region while Mil-an National High School in the division of Baguio City and Mt. Data National High School in Mt. Province followed in second and third places, respectively. The search aims to raise the awareness, preparedness and capacities of schools to prepare  and manage possible disasters or emergencies.

LNHS is one of the first schools in the Region, established on October 12, 1952. Now on its 65th year, the school is still committed in being  a model school not only in the region but also at the national level.