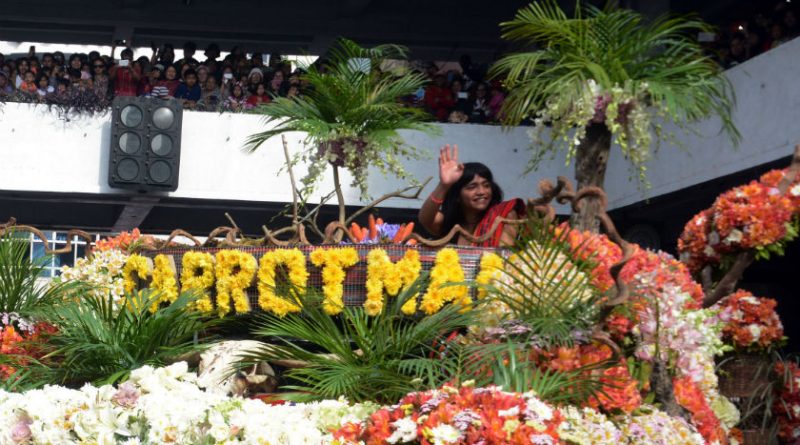 MANKAYAN, Benguet – Jerick Sigmaton, a.k.a. Carrot Man, made an appearance during the finale of the Mankayan Angelic Voice Singing Competition on February 10, 2018 to support the local independent film industry.

The announced visit of Carrot Man filled the Plaza that Saturday evening and in his speech, expressed support to the local talents.

The top 6 finalists of the competition battled for three rounds and Xyza Oyyeng, Senior High School student at Mankayan National High School representing Barangay Poblacion was judged as the Champion.

The competition was held in coordination with the Mankayan municipal government, Mankayan police and the 12 barangays of the municipality. Three shows were held on January 27, February 3 and the finale concluding last February 10.

According to Joemar Sacpa, CEO of the JSACPA Productions and organizer of the event, the show aimed to achieve the following objectives: first, promote music against drugs among the youth; second, to discover and develop the singing talents of Mankayan; and third, to raise funds for the JSACPA Productions, an indie film company.

JSACPA Productions has released one movie entitled “The Tour” and is currently filming another movie, “Ghost Squad” which they plan to enter in the upcoming Cinematography Competitions in the region.