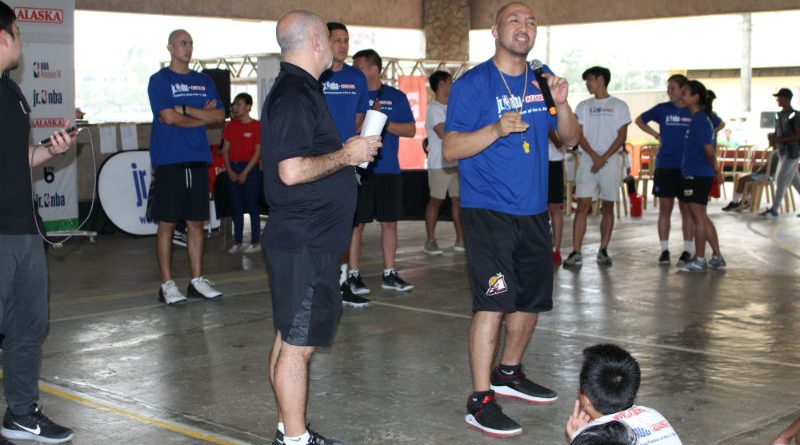 Both legends granted Herald Express a quick chat and here’s what they have to say:

On their search for basketball talents in Baguio-Benguet:

Cariaso was encouraged by the growing talent level each year and the increasing enthusiasm of the locals of Baguio and Benguet to participate in the Jr. NBA trainings, thus increasing the talent pool where they will select the participants for the National Training Camp.

Miller, who in Benguet for the first time as a Jr. NBA trainor, said they saw lots of potential invitees to the National Training Camp but was saddened by the fact that they can only select a few to the national camp.

He, however, was delighted to see a number of participants for they got a chance to see what a Jr. NBA training is all about, and have an idea on what to do for future camps based on what they experienced in this camp.

On what keeps them busy these days:

Miller said teaching kids kept him up on his toes these days. He still plays in soft leagues and in exhibition games but is now more on sharing his knowledge by teaching kids through training camps and into coaching.

On who will win the NBA finals:

Cariaso noted he was a long-time fan of the Golden State Warriors and hoped it would be them again raising the trophy after all is said and done.

Miller gave the advantage to the super teams, but mentioned the Houston Rockets and the Portland Trailblazers as darkhorses.

He said the addition of Chris Paul to the Rockets gave them a steady man at the point and pointed out Boston’s fading out of the picture [because of their key players’ series of injuries] as title challengers in the East.