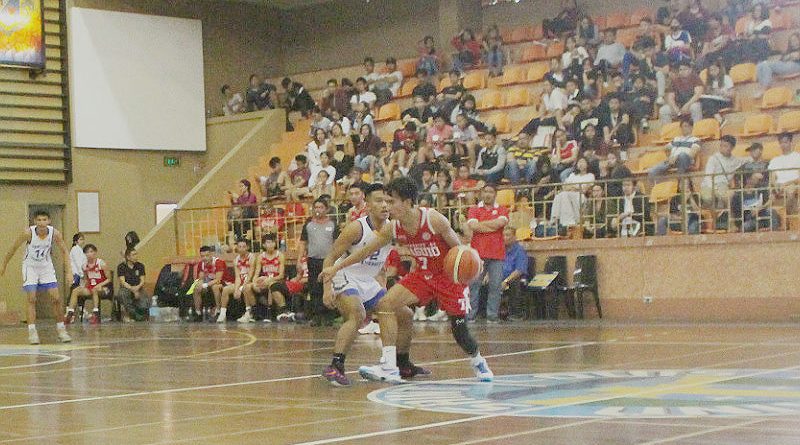 The University of Baguio (UB) Cardinals sank the Cordillera Career Development College (CCDC) Admirals, 81-71, on November 5, 2019, the final day of the eliminations, at the Admirals home floor and finish the round with an 8-0 record which secured them a finals stint in the 33rd Baguio-Benguet Educational Athletic League (BBEAL) Basketball tournament.

The game was played competitive as the Cardinals and the Admirals had momentum swung by making runs and exchanged possession of the lead during the first three quarters.

A series of turnovers during the fourth quarter finally did the Admirals as they would yield the lead to the Cardinals permanently until the final buzzer.

The Cardinals win created a scenario similar to what the Ateneo Blue Eagles did UAAP and the San Beda Red Lions in the NCAA this year.

By being undefeated in the eliminations, UB leaped all the way to the finals, leaving the Jaguars, Atoms, and Admirals to dispute the other slot in a step-ladder format.

The Baguio College of Technology (BCT) Atoms and the Admirals will first square off in a rubber match. The winner will then advance to face the University of the Cordilleras (UC) Jaguars, who will possess the twice-to-beat advantage in the series.

Finally, awaiting the winner of the second series are the defending champion Cardinals, who will also possess a twice-to-beat advantage in the finals.

According to a schedule release from BBEAL, the knockout match between CCDC and BCT is set to take place on November 7, Thursday, at the CCDC gym.

By Armando M. Bolislis
Photo: The Cardinals in action against the SLU Navigators on October 16.