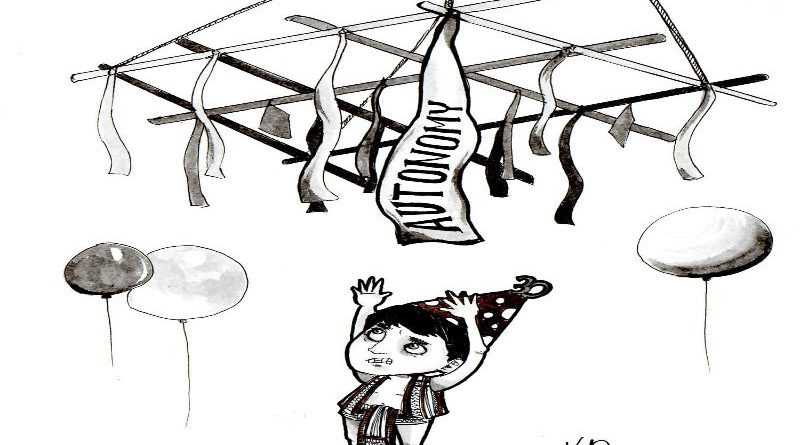 The Cordillera Administrative Region (CAR) will be 30 years old on July 15, 2017. The CAR was created by Executive Order No. 220 as an offshoot of the September 13, 1986 historic Mount Data peace agreement that was entered into between former President Corazon C. Aquino and the late rebel priest Conrado Balweg. The CAR, which is a special temporary administrative region to date, was created primarily to administer the affairs of government in the region, to accelerate the socio-economic development of the region and to prepare the region for autonomy pursuant to the pertinent provisions of the 1987 Constitution.

History tells us that the CAR was composed of several provinces carved out of earlier geopolitical subdivisions during the Spanish colonial rule and early American colonial regime when these parts of northern Luzon were known as Lepanto, Benguet, Amburayan and Mountain Province. The original Mountain Province was composed of the sub-provinces of Kalinga, Apayao, Bontoc, Ifugao and Benguet. When Republic Act (RA) 4695 was enacted in 1966, Mountain Province was subdivided into 4 independent provinces, Benguet, Bontoc retaining the old name of Mountain Province, Ifugao and Kalinga-Apayao. However, when former strongman President Ferdinand E. Marcos issued Batas Pambansa No. 1 that divided the country into regions, Baguio City, Benguet and Mountain Province joined Region I while Ifugao and Kalinga-Apayao went to join Region II. Later, EO 220 created the CAR bringing back the separated city and provinces into one region which ow included Abra which had historical and cultural ties with the rest of the newly created region.

The CAR had its first crack at autonomy on January 30, 1990 to ratify the provisions of the Organic Act as contained in Republic Act 6766 only the province of Ifugao voted in favor of the ratification of the autonomy law during the scheduled plebiscite. Autonomy advocates were vocal against the ratification of the said law because its contents, a product of the Cordillera Regional Consultative Commission (CRCC), were watered down by Congress that made the law deemed ineffective once implemented.

On December 31, 1997, President Fidel V. Ramos signed Republic Act 8438 or the second autonomy law, at the Malcolm Square in front of Cordillera officials, However, during the second plebiscite on March 7, 1998 for the ratification of this law, there was again a resounding rejection.

In 2006, the Cordillera Regional Development Council embraced autonomy as its overarching agenda to help fastrack the development of the region which remained as a least priority in the distribution of government resources despite its being one of the least developed, a victim in the formula for distribution of resources in terms of area and population. The renewed quest for Cordillera autonomy saw the filing of House Bill 5595 or the proposed Organic Act in the 15th Congress which was only approved in the House committee on local government and HB 4649 which was also approved by the same committee in the 16th Congress as well as HB 5343 in the 17th Congress. HB 5343 is now pending in the same committee awaiting the certification of the President as an urgent administration measure. The two previous autonomy bills failed because former President Benigno Simeon C. Aquino refused to listen to the clamor of the Cordillerans to certify the said bills as urgent measures. To date, we are elated because no less than President Rodrigo Duterte seems inclined to support the enactment of the Cordillera autonomy law, together with the Bangsamoro version of the autonomy that they want in Mindanao.

We must continue to double our efforts in convincing the President through the Presidential Peace Adviser that we have to achieve autonomy before federalism will be put in place. It is the last chance we have. If we do not grab this opportunity, the Cordillera will end up being mixed up to the big regions in one federal state and we will continue to be treated as second-class citizens forever. Worst, Constitution amendments could lead to the scrapping of the provisions that mandated the establishment of the autonomous regions in the Cordillera and Muslim Mindanao thereby sacrificing the interest of the present and future generations of Cordillerans.

We must strengthen our unity for us to achieve autonomous status with the help of the Duterte administration so that we will be in a better position to exist as an autonomous region within a federal state once federalism will be realized. The simplest explanation of autonomy is that we will retain our current geopolitical set-up, powers, internal revenue allotment among others, the local government units will remain independent from each other plus the fact that we will be able to establish our permanent regional identity and be guaranteed a greater control of our resources with lesser restraint from outside forces, like the national government, plus added subsidy for the overall development of the region.

Let us internalize the true meaning of autonomy and work toward its achievement and really develop our regional identity.