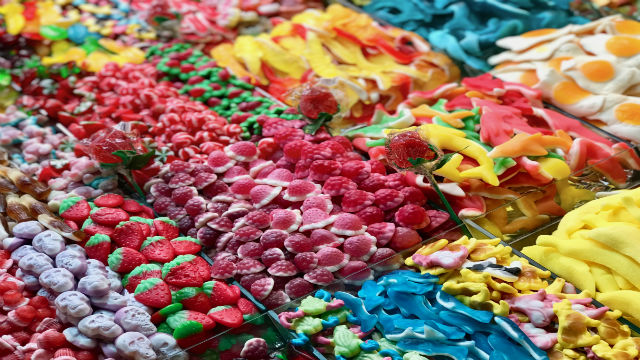 BAGUIO CITY – Will Baguio City be hosting another festival soon?

The Baguio Filipino-Chinese Community organizations are toying with the idea of establishing a candy festival in the city possibly as a side event to the Chinese New Year celebration.

Spring Festival executive committee chair Peter Ng said the “sweet” idea spawned from an innocent telephone call from a friend asking him when the candy festival was going to be held this year.

“I told him, ‘What candy festival are you talking about? It’s Spring Festival.’ But it gave me an idea; why not?” Ng told the media briefing and fellowship held last Wednesday as part of the Spring Festival activities.
Candies have been a part of the Chinese New Year tradition in the City.

Every year during the traditional parade, Fil-Chinese community members distribute loads of them in different variants to children and adults witnessing the parade alongside the lion and dragon dances and colorful floats.

The “candy raining” which has become an anticipated feature of the parade signifies good luck for the coming New Year, according to the community.

Recalling how some brilliant suggestions made in the past by departed local media greats Willie Cacdac and Gerry Evangelista helped give birth to the Chinese Lunar Year celebration in the city, Ng solicited insights from the group present on the new inspiration.

Veteran newsmen Kathleen Okubo and Ramon Dacawi agreed that a candy festival is a welcome endeavor but stressed that it should stay under the shadows of the Spring Festival to maintain the main event’s identity.

“The candy festival should be a side activity to the Spring Festival in the same token as the Panagbenga now has several sub-events to spice it up,” Dacawi said.

Ng said the community will consider it as an innovation to the traditional events in the coming years in partnership with the City Government.

The Chinese New Year or Year of the Dog activities in the City were launched last Feb. 5 in a program at City Hall.

Mayor Mauricio Domogan lauded the community for sustaining the tradition for the past 19 years in the city which he said symbolizes the continued cooperation between the City Government and the Fil-Chinese community towards achieving development for the city.

Rep. Marquez Go who was represented by wife Sol during the event also expressed wishes for a lasting cooperation and fruitful relationship for the Fil-Chinese community.

The mayor recalled that the city was the first local government unit to adopt the Chinese festival as an official undertaking via Ordinance No. 18 series of 1999 in appreciation of the partnership.

This was way before the national government officially recognized the Chinese event at the time of President Noynoy Aquino who declared the occasion as a national holiday.