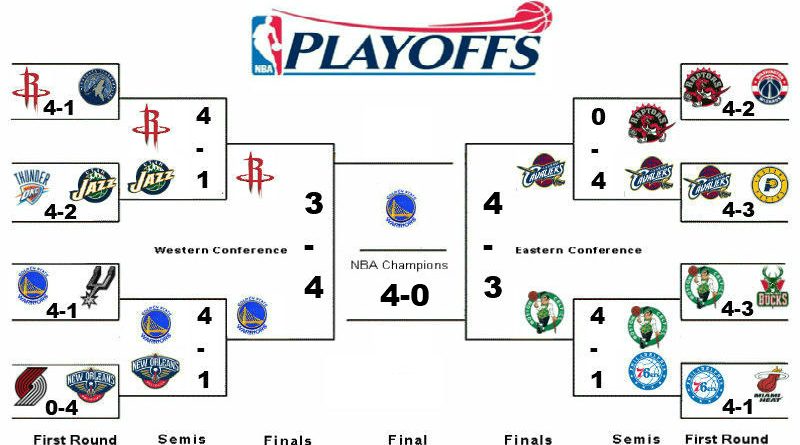 With three championships, probably four if not for the untimely “walk over you” move of Draymond Green and an injury to Andrew Bogut, in four years, the Golden State Warriors are aiming to be recognized as one of the most dominant dynasties of all-time.

That is if they aren’t there yet. If they are not yet there, there are really close to join the elites.

This group’s first NBA championship in 2015 was sweet but with accompanying serious doubts about its validity. Kevin Love and Kyrie Irving were out for the Cavs and the Warriors have just unveiled a new type of offense that hasn’t been successful in bringing a team championships in the past. It could be just an outlier.

Then this offense confirmed its potency the next year as the Warriors accumulated 73 wins in a season, the highest ever in NBA history.

The Warriors showed they were for real as championship contenders as they came roaring back from a 1-3 deficit to then Kevin Durant’s Oklahoma Thunder to reach the finals for the second consecutive time. They were up, 3-1, on the Cavs but a suspension of green due his reaching of the technical foul limit and the loss of Bogut for the rest of the series contributed to their losing of this huge lead.

Then the great signing of Durant during the 2016 offseason simply pushed these Warriors to almost invincibility.

The results of their next two year campaigns were really predictable: two more finals appearances to make it four straight and two more titles to make it three overall during this run.

They also accomplished them in dominant fashion. Lost only once in nine games. Blowout the best player in the world twice.

They were 125-39 during those two seasons, making them just behind of Michael Jordan’s Bulls and the Lakers of Magic Johnson and Kareem Abdul Jabbar in terms of the highest win-loss percentage among back-to-back NBA champions during their reign.

On the face they should still be this way for another long stretch because these Warriors are relative young, Curry at 30 being the oldest, and have a good five to six more years of good basketball if they stay together.

We saw potentially dominant combinations split early (Shaq-Kobe) or developed late (Jordan-Pippen) and wondered what would have happened had these group stayed together for a longer time.

It is up to the Warriors organization how to pull out the tricks to continue this run and try to inch closer to the 1960s Celtics standards in team dominance.

They did locked up Curry on a long term max deal worth $201M  for five years for a yearly average of P40M.

The problem is how to divide the remaining resources to their other three superstars and have enough left for their bench.

Durant took less $10M of what he could have got last year to retain the likes of Shaun Livingston and Andre Iguodala. He can opt out of his deal this summer. He has expressed his desire to stay at Golden State but is refusing take another hit on his paycheck that is as big as this one.

Green is still locked up until after the 2020 season but he is already talking about not taking anymore discounts in his next contracts. He was reported to have a payroll hit so the team could acquire Durant

According to reports, Klay Thompson said he is willing take a hometown discount and are in talks about a contract extension, although signing it would be unlikely as he would be losing a maximum of $86M by doing so than waiting for the 2019 off season to become an unrestricted free agent.

I’d hate to see this happen to the Warriors.

The dominance of the Warriors due to the collection of talent they have is reason why the NBA has a punitive salary cap. The league wants more parity and doesn’t like a team to be buying their way to a series of championships.

The Warriors organization should have lots of tough financial decisions to make.

Personally, while they became a little less likable, unlike the first time when Stephen Curry was clearly the alpha-male of the group, I still like to watch them play. Their dominance as a team because of sacrifice, feel for the game, skill set, chemistry, and ability to read the game makes them a joy to watch.

I can’t help but think how many titles more could Shaq and Kobe have had they continued to work together in LA.

I would love to see the Warriors get beaten first before management starts breaking up this excellent combo. I hope they could find a way to avoid ending this championship run too early.

This Warriors situation shows why NBA dynasties are very rare. They are hard to maintain given the aspects and conditions that have to be perfectly aligned and be in unison with each other.