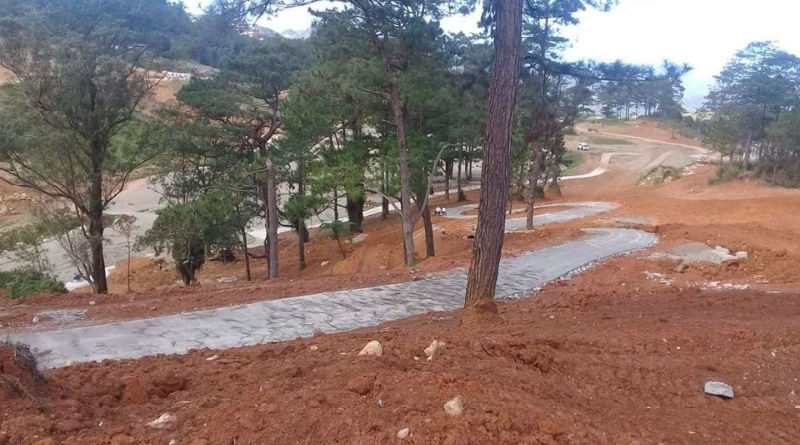 BAGUIO CITY – The 7th Division of the Court of Appeals (CA) ordered the Cordillera office of the Environment Management Bureau (EMB-CAR and the Sta. Lucia Realty Development Corporation to file their separate comments on a pending petition that assailed the decision of a local court that lifted the Temporary Environment Protection Order (TEPO) issued against the golf course project of the developer due to unresolved land issues.

In a resolution dated September 19, 2019, the CA’s 7th Division composed of Associate Justice Apolinario D. Brucelas, Jr. and members Associate Justices Nena G. Antonio-Valenzuela and Luis P. Acosta stated that without necessarily giving due course to the present petition, the court directed the public and private respondents to file comment thereon within 10 days from notice.

The CA stipulated in the promulgated resolution that the comment to be filed by the public and private respondents with the prescribed period should not be a motion to dismiss.

On the other hand, the CA gave the petitioners, heirs of Tunged, 5 days from receipt of the required comment to file reply thereto.

The CA mandated the involved parties to promptly notify the court of any other cases or proceedings involving the same parties and issues pending in the appellate court or in other courts within five days from knowledge thereof pursuant to the directive issued by the Supreme Court.

The CA also directed the counsel for the petitioners, lawyer Noel Magalgalit, to furnish the Office of the Solicitor-General as counsel to EMB-CAR a copy of the instant petition with annexes and submit proof of service thereof within 5 days from notice.

Within the same 5-day period, the CA stated that petitioners are required to remit payment for the sheriff’s trust fund in the amount of P1,000 pursuant to SC Resolution dated January 10, 2018.

Earlier, the heirs of Tunged petitioned the CA to declare the ruling of the Regional Trial Court (RTC) Branch 5 in Baguio City lifting the earlier Temporary Environment Protection Order (TEPO) issued against the Sta. Lucia golf project as null and void for having been issued without or in excess of jurisdiction.

In an 18-page petition for certiorari, Magalgalit, counsel for the heirs of Tunged, argued that RTC Branch 5 Judge Maria Ligaya Itliong-Rivera allegedly acted without or in excess of jurisdiction in recalling the TEPO she earlier issued against the golf course developer and asserted that petitioners are entitled to the permanency of the TEPO considering the unresolved issues on their claims over the lands being occupied by the developer.