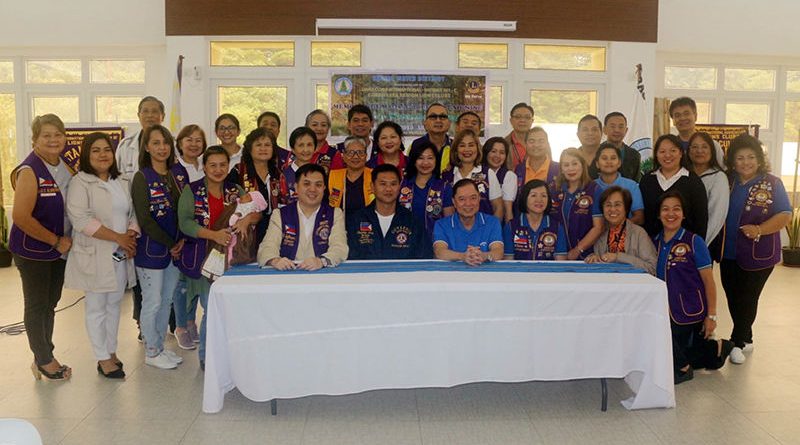 “As advocates of environmental preservation, we thank the Lions Clubs for their continued support to our cause. This partnership will help us sustain our goals to preserve or better yet improve the condition of Baguio City’s remaining forest covers.” GM Royeca said adding the protection of the City’s watersheds require a collective effort from all of its stakeholders.

According to GM Royeca, the renewal of the MOAs will ensure that the District will be able to sustain its task in protecting the watersheds under its jurisdiction.

Meanwhile, the Lions Clubs took chance of the occasion to commend the District’s efforts and committed to continue as a perpetual partner of the said program.

“We are thankful that we are able to continue this partnership with BWD, the Lions Clubs will persistently help in whatever way it can to support BWD and to help protect the City’s watersheds.” Ng said.

Through the signed MOA, which is effective for three (3) years, the Lions Clubs renewed their undertaking as “muyong” holders in the various watersheds supervised by BWD which include Busol, Buyog, Camp 8 and Sto. Tomas.

The BWD “Adopt-a-Watershed Program” aims to preserve the watersheds in Baguio City through partnerships with government and non-government organizations, civic organizations, and schools through tree planting, nurturing, and other related activities like assistance in the prevention of forest fires, illegal logging, squatting and “kaingin”.

As of date, a total of forty (40) different groups have established to execute the same agreement with BWD.