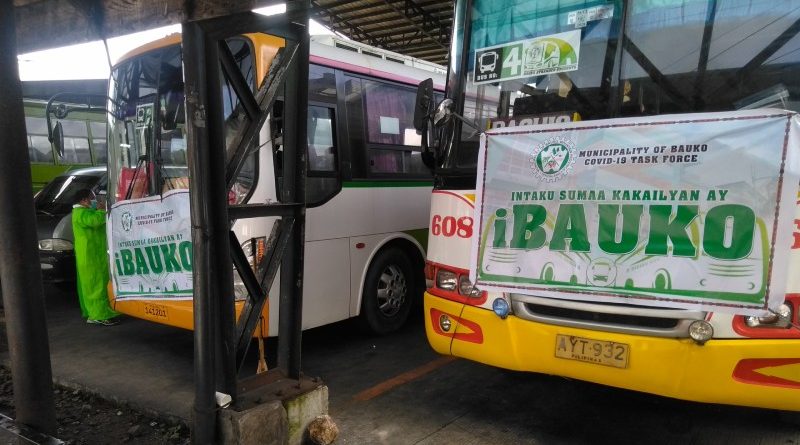 BAUKO, Mountain Province  – The municipal government stated that the operation of buses and vans plying the Baguio and La Trinidad routes are not yet allowed to operate to help prevent the possible transmission of the Coronavirus Disease 2019 (COVID-19) in the municipality.

However, Mayor Abraham B. Akilit claimed the municipal government already allowed the operation of vans going to and from the capital town of Bontoc to cater to the transportation requirements of residents who need to transact business in the different government and private offices in the province’s seat of government.

He pointed out the municipal inter-agency task force is closely assessing and evaluating the situation in Baguio City and Benguet before deciding on whether or not to allow the resumption of buses and vans as inter-zonal transportation is still prohibited.

The municipal chief executive added that the downgrading of Benguet from the previous modified general community quarantine (MGCQ) to GCQ what aggravated the situation with the implementation of stringent health and safety protocols that will further restrict the movement of people to ensure that there will be no unnecessary transmission of the virus.

According to him, what aggravated the situation is government had to tighten the control of its borders following the resurgence of COVID cases in nearby Buguias, Benguet to ensure there will be no infected individual will be able to enter the locality and transmit the same to innocent individuals, especially that most of the cases are asymptomatic.

Mayor Akilit appealed to motorists who will be encountering delays in the established quarantine checkpoints entering the municipality to understand the essence of the inspection of their vehicles and the documents in their possession because the same is  part of the stringent rules and regulations that had been put in place to screen those that will be allowed to enter.

Aside from the inspection of their vehicles and evaluation of the documents in their possession, motorists will also be subjected to the triage being handled by the municipal health authorities to ensure they do not have the symptoms of COVID such as fever, colds, cough, diarrhea and difficulty of breathing before being given the go-signal to proceed to their travel in the locality.

Bauko remains COVID free since the start of the implementation of the Luzonwide enhanced community quarantine (ECQ) before its status was included under the province’s MGCQ low risk status.