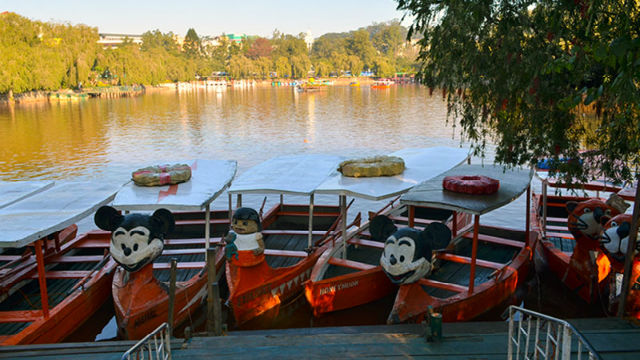 BAGUIO CITY  – Mayor Mauricio G. Domogan underscored it is high time the administration, maintenance and operation of the 34-hectare Burnham Park should be self-liquidating to lessen the burden from the local government that is heavily subsidizing its operation to date.

The local chief executive said to operate and administer the park, the local government needs at least P36 to P40 million annually to do so without the introduction of significant development within portions of the park.

However, he said that the city is only generating between P12 to 15 million annually from the park concessionaires among other income-generating activities within the said park.

“We really need to maximize the income-generating potentials of the designated areas of the park because the executive orders that were issued turning over the management, administration and operation of the park to the city allows us to generate funds for its upkeep,” Domogan stressed.

Executive Order No. 224, series of 1995 issued by then President Fidel V. Ramos as amended by Executive Order No. 695 issued by Gloria Macapagal-Arroyo provides that funds generated from the activities within Burnham Park shall be deposited in a trust fund to be used for the maintenance and operation of the park.

During the initial stages of the management of the park by the city, he revealed that the national government, through the Philippine Tourism Authority (PTA), was providing an annual subsidy of P18 million before it was reduced to P10 million annually until the subsidy stopped for still undisclosed reasons, thus, the local government had to heavily subsidize the maintenance, administration and operation of the park.

According to him, the public should understand that the local government has to sacrifice some of the funds earmarked for its priority projects to sustain its responsibility of decently maintaining, administering and operating the park, one of the preferred tourist spots in the city being located at the heart of the city.

Burnham Park was named after American urban planner Architect Daniel Burnham who master planned Baguio City to be good for at least 25,000 inhabitants.

Among the proposed income-generating projects within the park will be the construction of the multi-level parking facility at the Ganza parking area, a similar multi-level [parking building with recreational business components at the site of the old city auditorium up to the tennis court area, the transfer of the night market to the perimeter of the Melvin Jones grandstand and the possible increase in the rentals of various concessionaries in certain portions of the park.

He said the scenic beauty of the park will be maintained even with the limited business activities because residents and visitors love to frequent the park with their families and to enjoy its various amenities offered to the public.