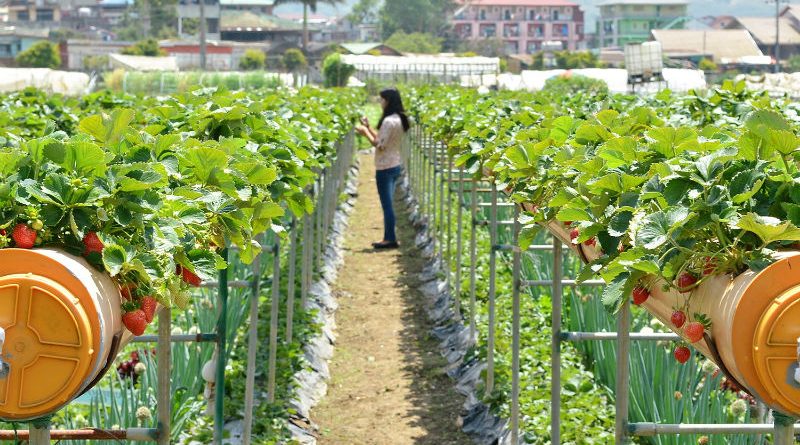 LA TRINIDAD, Benguet – The municipal government underscored that the ongoing implementation by the public works department of the multi-million flood control project along the Bulo Creek is part of the long-term plan to address the perennial flooding at the Strawberry Farm to put an end to the woes of strawberry farmers who are always affected by flooding during the rainy season.

Mayor Romeo K. Salda, who was given a fresh mandate by the town’s electorate to serve his third term, claimed that the implementation of the project was an offshoot of a feasibility study conducted by the HEDCOR to ascertain the appropriate solution to address the perennial flooding in the strawberry farm area  by the concerned government agencies and the for the concerned government agencies and the municipal government.

He pointed out that the municipal government requested the assistance of HEDCOR to conduct a study on how to effectively and efficiently address the perennial flooding at the Strawberry Farm to prevent farmers from unnecessary losses in the raising of strawberries and other agricultural crops during the rainy season.

The municipal chief executive explained that the local government had to request assistance from competent companies that have proven track record on how to address the perennial flooding in the valley thus they tapped HEDCOR which came out with the flood control project recommendation along the Bulo creek and widen it to allow the free flow of water to the various river systems in the area thus easing the flooding of the strawberry farms.

According to him, since the municipal government does not have the funds to implement the project,  local officials and the strawberry farmers requested the public works department through Benguet Caretaker Congress representative Eric Yap to source out the funds needed for said flood control project along the Bulo creek.

Perennial flooding happen in the strawberry farm during the rainy season because of the huge volume of water that flow down to the Bulo creek which serves as one of the major tributaries of the Balili River that often cause enormous damage to the crops of farmers in the Strawberry Farm that is located along the said Bulo Creek.

Mayor Salda emphasized that the benefit of the said project will only be realized after its completion requesting farmers in the area to bear with the temporary inconvenience caused by the ongoing implementation of the project as they will primarily benefit from better production once the flooding is prevented by the works commissioned by the public works department for the said purpose.